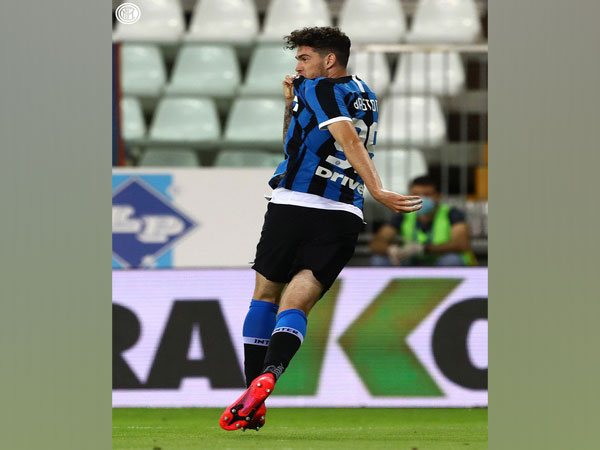 Parma [Italy], June 29 (ANI): After scoring a match-winning goal during the clash against Parma, Inter Milan's Alessandro Bastoni said he is "really happy" and hoping to "win game after game" for the club.

"I scored a very important goal, I'm really happy. We believed in ourselves until the end and need to continue on this path. As we've always said, we're not looking at the table, winning is what counts, and hoping to win game after game," the club's official website quoted Bastoni as saying.
Inter Milan secured a 2-1 win over Parma on Monday in the ongoing Serie A. Gervinho scored the opening goal of the match in the first half to put Parma ahead.
However, Stefan de Vrij scored an equaliser in the 84th minute and three minutes later, Bastoni scored a goal to hand Inter Milan a victory.
Inter Milan are currently on the third position with 61 points, only behind Juventus and Lazio.
Bastoni also said that he is hoping to stay at the club for a 'long time'.
"I've always said that I'm an Inter fan, it's a dream for me to be here. I want what's good for Inter and the team. I hope to stay here for a long time," he said. (ANI)