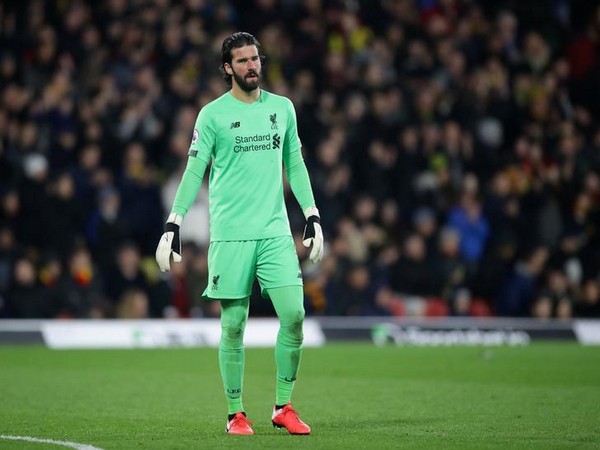 Liverpool [UK], Mar 6 (ANI): Liverpool faced a major blow ahead of the clash against Bournemouth as they will be without goalkeeper Alisson Becker, manager Jurgen Klopp confirmed on Friday.

"Unfortunately Ali is out. He had a little incident in training before the Chelsea game. We all thought it was nothing and it was clear he would not play anyway, the plan was he was on the bench," the club's official website quoted Klopp as saying.
"There, we thought, 'Come on, we don't have to take any risks' so left him out of the squad. [There was a] scan the next day and they found something. So now he is out. We will see next week for sure and then we will see," he added.
Adrian took the keeping gloves during the FA Cup match against Chelsea on Wednesday. Liverpool suffered a 2-0 defeat in the match and Chelsea cruised into the quarter-finals of the FA Cup.
Liverpool will take on Bournemouth in Premier League on March 7. (ANI)