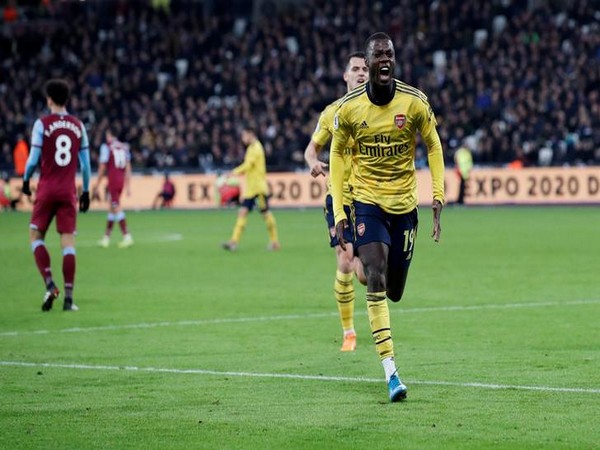 Leeds [UK], Jan 21 (ANI): Arsenal footballer Nicolas Pepe said that he has now settled in the side but there is plenty of scope to learn and improve.

"I am still learning and there is plenty of room for improvement, but in terms of understanding, things are definitely becoming easier" Goal.com quoted Pepe as saying.
The 24-year-old said that coach Mikel Arteta has paid attention to my position on the field and it has helped me in the game.
"Mikel has explained exactly what he would like me to do on the pitch and show me videos that have stressed the importance of my positioning. He's told me what he would like me to do to help me progress as a player," he said.
In a match against Crystal Palace, Pierre-Emerick Aubameyang was sent off and later faced three matches suspension. The match between the side was drawn 1-1.
Pepe said that Arsenal will like to play well even after the suspension of the club's striker Aubameyang.
"Of course, it is a big loss to be without one of the best strikers in the league, but we all have to do our best to make up for that loss," he said.
Arsenal are tenth on the Premier League table with 29 points and will lock horns with Chelsea on January 22 at Stamford Bridge. (ANI)