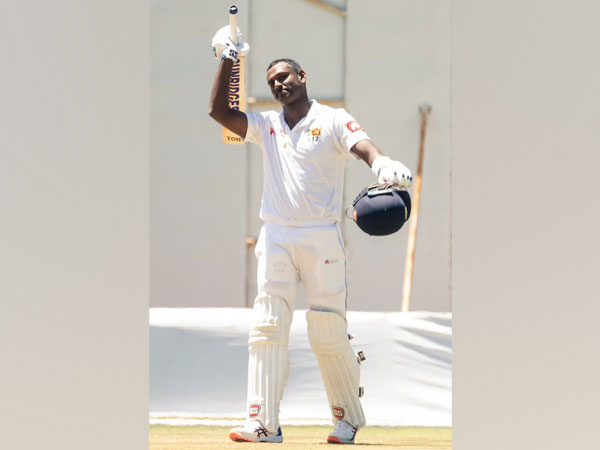 He achieved the feat on day four of the ongoing first Test against Zimbabwe here at the Harare Sports Club.
Mathews remained unbeaten on 200 and he smashed 16 fours and three sixes in his innings.
The right-handed batsman previously had 160 as his highest score in the Test cricket.
Resuming 295/4, Sri Lanka's overnight batters Mathews and Dhananjaya de Silva added 30 more runs to the total. Zimbabwe's Victor Nyauchi provided the breakthrough to the side in the 117th over as he dismissed de Silva (63).
Niroshan Dickwella, then joined Mathews in the middle and the duo put on 136 runs for the sixth wicket. However, Dickwella (63) perished soon after reaching his half-century, and Sri Lanka was reduced to 461/6.
Suranga Lakmal (27) also perished in trying to look for big shots, but Mathews went on to register his first double ton in Test cricket.
Sri Lanka finally declared their innings at 515/9, with a lead of 157 runs over Zimbabwe. (ANI)