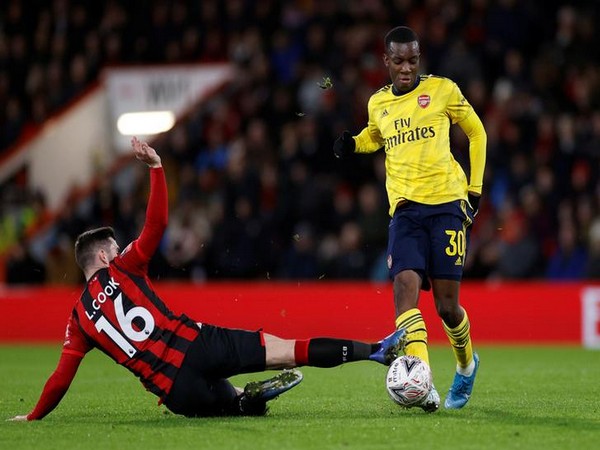 "I think we started really sharp, played some great football, everyone was at it pressing and I think they found it very hard to get out," the club's official website quoted Nketiah as saying.
"I think it was a great start and towards the end they came back into it a bit, but the resilience we showed was excellent and it's what we've been building on with Mikel. Everyone's fighting for each other, working hard and it's great to get through to the next round," he added.
Arsenal registered a 2-1 win over Bournemouth in FA Cup on Tuesday. Bukayo Saka scored the opening goal in the fifth minute while Nketiah netted Arsenal's second goal in the 26th minute.
Saka feels they played well in the first half but they were not as good in the second half.
"Mikel's trying to bring back the philosophy, the Arsenal passing way and I feel like we played really good football in the first half, not so much in the second half because we tried to control the game and manage momentum. In the first half we played some good bits of football and the goal obviously was very good," Saka said. (ANI)