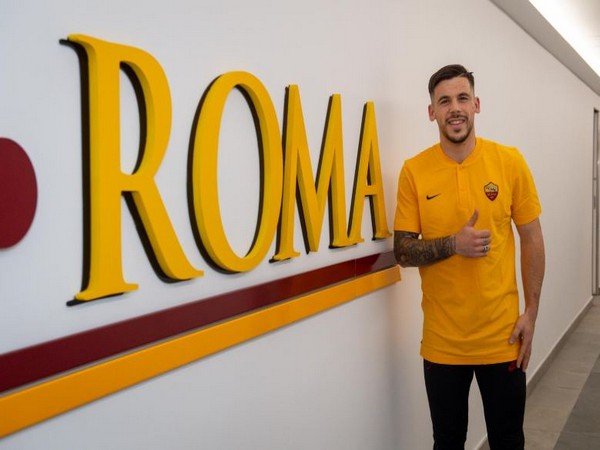 Rome [Italy], Jan 30 (ANI): AS Roma on Thursday announced the signing of Barcelona's Carles Perez on an initial loan deal.

"The winger, 21, joins from Spanish side Barcelona on an initial loan deal - for a fee of Euro1 million. The agreement also includes the obligation to make the transfer permanent - based on the achievement of certain sporting targets - for a fixed initial payment of Euro11m," AS Roma said in a statement.
The club also revealed that Perez will wear the No. 31 shirt.
Perez expressed happiness over the signing and said he is joining a great club in Rome.
"I know I am leaving a great club like Barcelona, but I'm joining another great club in Rome. I'm really happy and I can't wait to start training alongside my new teammates," Perez said.
AS Roma's Chief Executive, Guido Fienga said they are 'hugely satisfied' with Perez's arrival in the club.
"We are hugely satisfied with Carles' arrival in Rome. Carles learned his trade in one of the best youth academies in Europe, and has been playing for a club with so much talent at its disposal," Fienga said.
"We are all hopeful that he can immediately have a significant role to play within our squad," he added. (ANI)