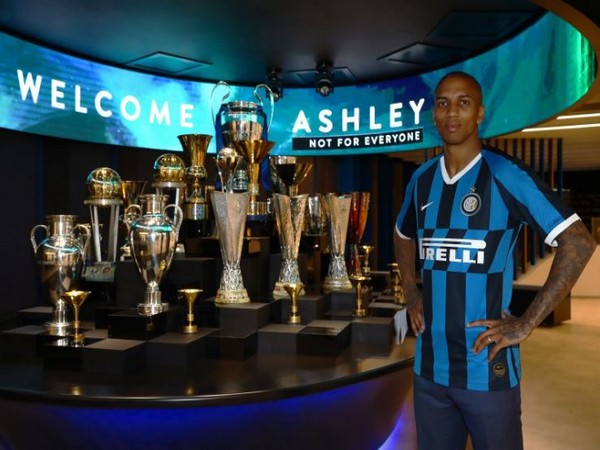 Milan [Italy], Jan 18 (ANI): Ashley Young on Friday made a move from Manchester United to Inter Milan after signing a contract which will last until June 30, 2020, with an option to extend for a further season.

After joining the new club, Young said he is delighted to become a part of the Inter family.
"It's a fantastic feeling to be here. I'm delighted to become part of the Inter family," the club's official website quoted Young as saying.
Young further stated that he wants to help the club reach its objective and win a lot of trophies.
"My message to the fans is that success is coming back to the Club. That's why I'm here, I want to help the team reach its objectives. Everything's in place to do well. We hope to make the fans happy and win lots of trophies," he said.
Inter Milan currently hold the second spot on Serie A table, only behind Juventus.
The club will take on Lecce on January 19 in Serie A. (ANI)