Ashwin not quite there as an all-time great yet: Sanjay Manjrekar 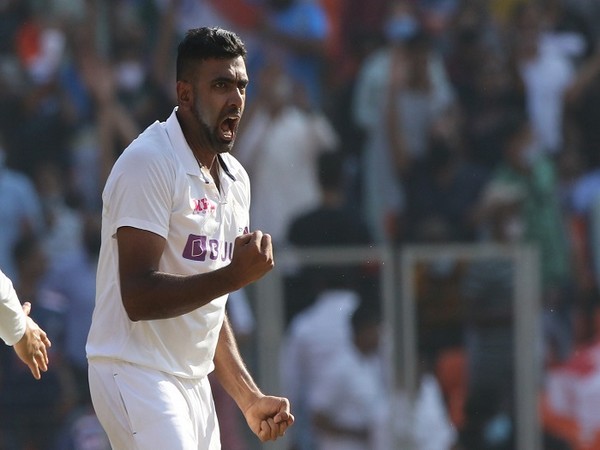 New Delhi [India], June 6 (ANI): Former India batsman Sanjay Manjrekar on Sunday once again reiterated that spinner Ravichandran Ashwin has not become an all-time great yet and there is still some time before he gets included in the list.

His remark comes as he became a huge talking point after his words on ESPNcricinfo's program 'Run Order' where he said that Ashwin has not taken enough five-wicket hauls outside India so he cannot qualify as an all-time great.
"All-time great' is the highest praise and acknowledgment given to a cricketer. Cricketers like Don Bradman, Sobers, Gavaskar, Tendulkar, Virat, etc are all-time greats in my book. With due respect, Ashwin is not quite there as an all-time great yet. #AllTimeGreatExplained," tweeted Manjrekar on Sunday.
Ashwin has taken 409 wickets in 78 Tests at an average of 24.69, including 30 five-wicket hauls and seven 10-wicket hauls. He is also India's fourth-highest wicket-taker in the longest format.
Earlier, Manjrekar had said that he has a problem with people terming Ashwin as the best spinner going around as he does not have enough five-wicket hauls outside India.
"One basic problem I have with Ashwin is that when you look at SENA countries, places where Indians find themselves outside their comfort zone, it's amazing to see that he doesn't have a single five-wicket haul. Not one five-wicket haul in all these countries," said Manjrekar on ESPNcricinfo's program 'Run Order'.
"The other thing - you talk about him running through sides on Indian pitches, when pitches are suited to his kind of bowling. But in the last four years, Ravindra Jadeja has matched him with wicket-taking ability throughout a series. So, Ashwin is not a guy who soars above the others. And interestingly, in the last series against England, Axar Patel got more wickets than Ashwin on similar pitches. That is my problem with accepting Ashwin as an all-time great," he added.
Former Australia skipper Ian Chappell was quick to point out how Ashwin is like former West Indies legend Joel Garner and not taking enough five-wicket hauls does not matter as India has a quality attack.
"I would like to make a couple of points there, if you look at Joel Garner, I mean how many five-wicket hauls Joel Garner has? Not many, when you consider how good he was and his record. And why, because he was performing with three other very, very fine players. And I think, particularly of late, I find that the Indian attack has been so strong that the wickets are being shared around more," said Chappell on the same program.
"And the other point I would make is because of Ashwin's reputation I think the England players probably concentrated more on keeping Ashwin out and with Axar Patel, well, let's be blunt about it, they didn't have a bloody clue," he added. (ANI)