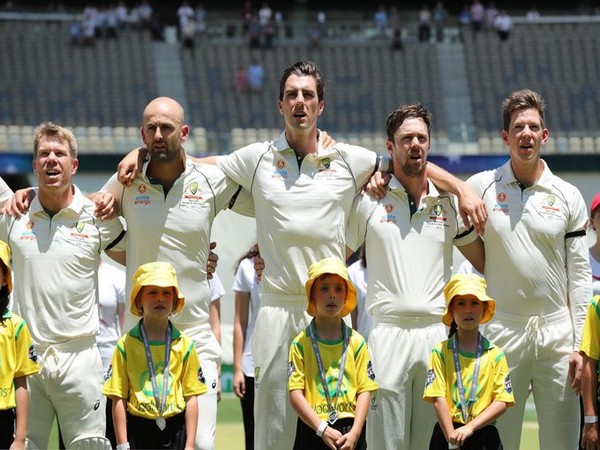 Melbourne [Australia], Jan 2 (ANI): Australia and New Zealand players will wear black armbands and pay tribute to Fire and Emergency Services and personnel fighting fires during the Anthem Ceremony at the start of play on day one of Sydney Test.

SCG Trust and Cricket Australia (CA) also announced that the ODI series in March will be dedicated to raising funds for the Australian Red Cross to support those affected by the bushfires.
Signed playing shirts from the Boxing Day Test will be auctioned online from today, with all proceeds also going to the Australian Red Cross.
McGrath Foundation co-founder and president Glenn McGrath highlighted the importance of support networks during challenging times and thanked the Australian community for their ongoing generosity in supporting people in rural and regional areas.
"The last year has been a particularly tough one for a lot of rural communities and it's important we work together to support one another," McGrath said in a statement.
Cricket Australia CEO Kevin Roberts said, "The Pink Test is a special event on the cricket calendar. Every year, we are very grateful for the support shown by the cricket community, whether that be our players, fans, partners or opposition. It's no different this year with the New Zealand Cricket Team and their generous support of the cause - we are looking forward to the start of the Test and seeing the SCG bathed in pink for Jane McGrath Day".
Sydney Cricket and Sports Ground CEO Kerrie Mather said: "Jane McGrath Day is one of the most significant days on the Australian sporting calendar and each year it clearly illustrates the positive impact sport can have on our community."
Australia is leading the three-match series with unassailable 2-0, the last Test will be played at Sydney Cricket Ground from January 3. (ANI)