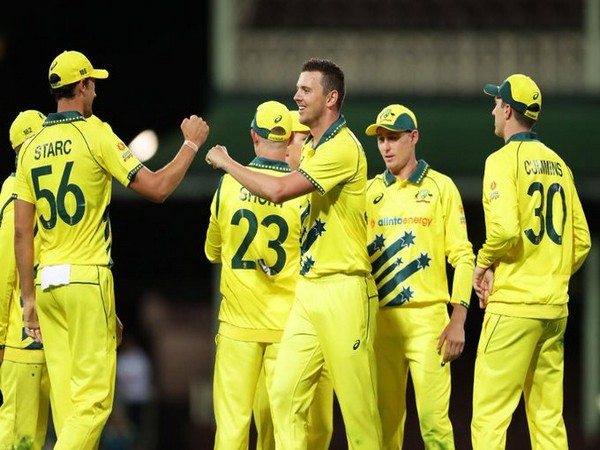 Chasing a moderate target of 259, the hosts bundled out the Kiwis at 187 in 41 overs. The match was played at an empty stadium as a precautionary measure amidst coronavirus outbreak.
Pacer Pat Cummins and Mitchell Marsh bagged three wickets each while Josh Hazlewood and Adam Zampa scalped two wickets each.
Martin Guptill and Henry Nicholls put up an opening stand of 28 runs. The latter departed after scoring 10 runs in the 10th over.
Skipper Kane Williamson joined Guptill in the middle and built a partnership of 36 runs. The captain played a knock of 19 runs before he was sent back to the pavilion by Zampa.
Ross Taylor (4) failed to leave his mark on the scoreboard and was clinched by Marsh in the 21st over.
Guptill after adding 40 runs to the total became a victim of Cummins. He was caught at backward point by Steve Smith. James Neesham was dismissed by Cummins after scoring eight runs.
Wicketkeeper-batsman Tom Latham scored 38 runs in the middle-order but failed to put his team over the line. All-rounder Colin de Grandhomme also played a brief knock of 25-run before he was scalped by Zampa.
Mitchell Santner (14), Lockie Ferguson (1), and Trent Boult (5) were departed cheaply. Ish Sodhi remained unbeaten on 14 runs.
Earlier, Australia won the toss and opted to bat first. David Warner and Aaron Finch scored half-centuries and stitched an opening stand of 124-run.
Warner scored 67 runs off 88 balls while Finch amassed 60 runs. Steve Smith and D'Arcy Short failed to impress with the bat and scored 14 and five runs, respectively.
Marnus Labuschagne scored 56 runs in 52 balls and enabled Australia to post 258/7 in 50 overs. Mitchell Marsh (27) and Pat Cummins (14*) also added brief runs to the scoreboard.
For New Zealand, Ish Sodhi bagged three wickets while Lockie Ferguson and Mitchell Santner scalped two wickets each.
Brief scores: Australia 258/7 (David Warner 67, Aaron Finch 60, Mitchell Santner 2-34) won by 71 runs against New Zealand 187 all out ( Martin Guptill 40, Pat Cummins 3-25).
The second ODI of the series will be played in Sydney on March 15. (ANI)