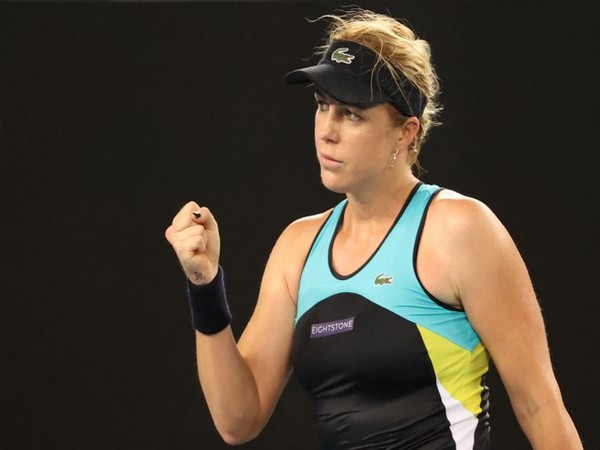 Melbourne [Australia], Jan 27 (ANI): Russia's Anastasia Pavlyuchenkova on Monday advanced to the quarter-finals of the Australian Open after registering a win over Angelique Kerber at the Margaret Court Arena.

Pavlyuchenkova knocked out Kerber 6-7, 7-6, 6-2 to reach the last eight for the second straight year.
In a hard-fought match, Kerber, the 2016 Australian Open champion, won the first set in the tiebreaker 7-6.
However, the Russian bounced back and took the second set 7-6.
In the third set, Pavlyuchenkova looked flawless and did not take much time to wrap up the set 6-2.
Earlier today, Simona Halep booked her spot in the quarterfinals with a straight-sets victory over Elise Mertens. Halep won 6-4, 6-4 against the Belgian in the fourth-round at Rod Laver Arena.
Swiss tennis player Stan Wawrinka stunned Daniil Medvedev to book a spot in the quarter-finals. While Dominic Thiem booked his berth in the last eight after registering a win over Gael Monfils. (ANI)