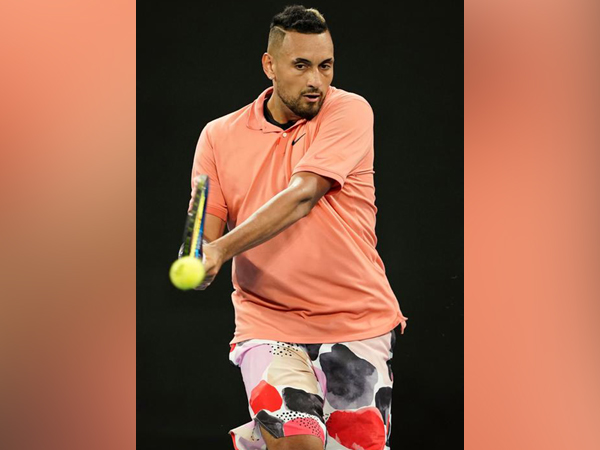 Melbourne [Australia], Jan 25 (ANI): Nick Kyrgios on Saturday won his third-round match in the ongoing Australian Open to set up a box office clash with world number one Rafael Nadal in the fourth round.

Australian Kyrgios defeated Karen Khachanov of Russia in a five-set thriller 6-2, 7-6, 6-7, 6-7, 7-6 in the third round. The match lasted for more than four hours.
The 24-year-old Kyrgios won the first two sets, but Khachanov came back to win the next two sets in tie-breaker to take the match into the fifth and final set.
The final set also went to the tie-breaker, and Kyrgios was able to triumph over his Russian opponent.
Both Nadal and Kyrgios made headlines last year due to their sour relationship both on and off the tennis court.
In the ongoing Australian Open. Kyrgios mocked Nadal during his second-round match by mimicking his serving routine during a tennis match.
Kyrgios copied Nadal's pre-serve ticks in the match against Giles Simon and pretended to tuck his hair behind his ears.
Last year, Nadal had accused Kyrgios as a player who lacks respect, and after this comment, the Australian labelled Nadal as "super salty".
Their rivalry goes back to last year when Nadal expressed his dissent with Kyrgios' underarm serve and this was the incident which lead to Nadal calling the Australian as a player who lacks respect.
During their match at Wimbledon last year, Kyrgios criticised Nadal for taking too much time between points. (ANI)