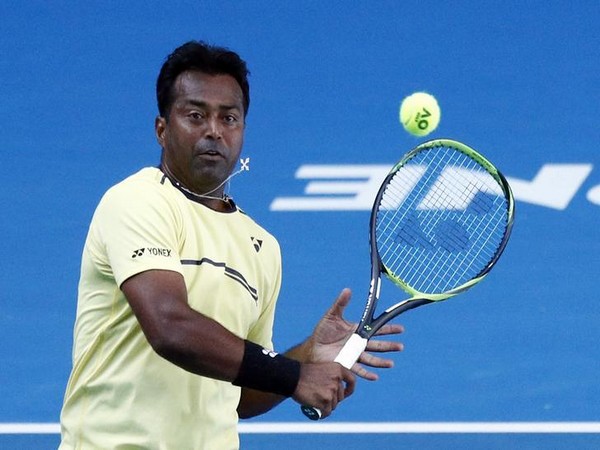 Melbourne: Tennis star Leander Paes on Sunday got off to a winning start in the Australian Open as he along with his partner Jelena Ostapenko of Latvia moved to the second round of the tournament.

Paes and Ostapenko defeated the Australian pair of Storm Sanders and Marc Polmans 6-7, 6-3, 10-6.

The Indian star had to face disappointment in the first set, as he along with his partner faced defeat.

However, Paes and Ostapenko staged a comeback in the next two sets to progress ahead in the tournament.

Last year, Paes had announced that the coming year, 2020, will be his last year on the court.

Paes has won eight doubles and ten mixed doubles Grand Slam titles. He received the Rajiv Gandhi Khel Ratna award, India's highest sporting honor, in 1996-97; the Arjuna Award in 1990; the Padma Shri award in 2001; and India's third-highest civilian award, the Padma Bhushan in January 2014, for his outstanding contribution to tennis.

He won a bronze medal for India in singles in the 1996 Atlanta Olympic Games. He competed in consecutive Olympics from 1992 to 2016, making him the first Indian and only tennis player to compete at seven Olympic Games.