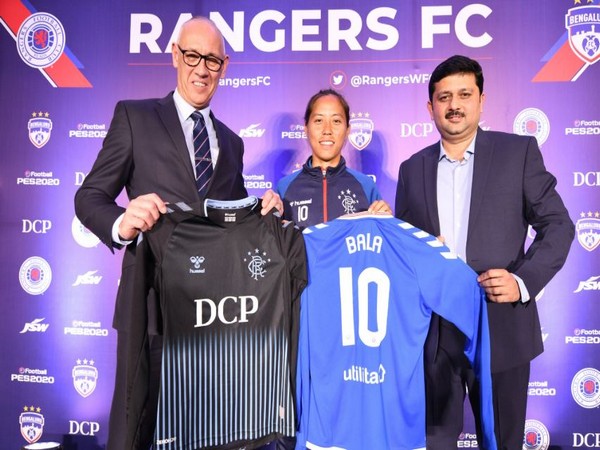 "Rangers are delighted to announce the signing of India National Team attacker Bala Devi from Manipur Police Sports Club, subject to international clearance. The 29-year-old joins the club on an 18-month-deal after a successful spell on trial at Rangers in November," the club said in a statement.
With this, Bala will become the first Indian woman to become a professional footballer anywhere in the world and she also becomes Rangers' first Asian international footballer.
Bala, who is the current top scorer for the Indian national women's team, expressed her elation over the signing and is aiming to perform well during her 18-month contract.
"I am very happy and looking forward, Now, I just have to give my 100 percent and make India proud," Bala told ANI.
"In this 18-month contract, I have to perform well. Also, this will motivate the youngsters. There is no challenge but it is just the weather as it goes in negative there but we have to adjust to the weather wherever we go," she added.
Rangers FC have a partnership with Bengaluru FC that was announced in September 2019.
CEO of Bengaluru FC, Mandar Tamhane, said Bala's signing will motivate other youngsters.
"Rangers itself is a historic club as they have a history of more than 150 years. The partnership with Rangers is on various fronts, it is on the youth level and it is on the first team level and also the women's football," Tamhane said.
"This is a big achievement for Bala herself first and also it will create a pathway for other women footballers to look at this as an opportunity to become professional footballers abroad," he added. (ANI)