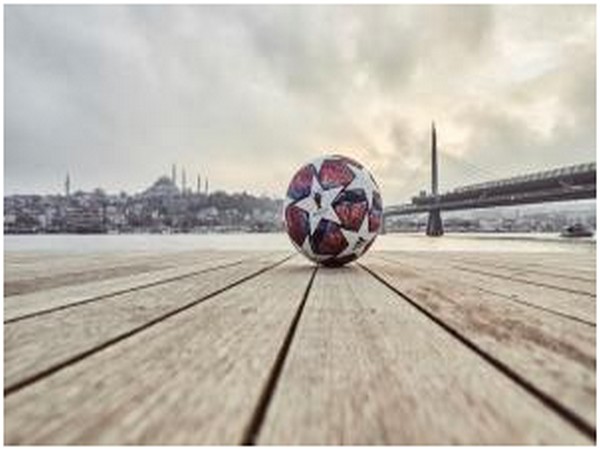 The ball, named Finale Istanbul, draws its inspiration from the city, where East and West merge.
The intricate design features a hand-drawn artistic interpretation of a map of Istanbul, which uniquely bridges the two continents of Europe and Asia.
The ball of the final, revealed by Adidas, has been designed to highlight the famous stars of the Champions League.
Finale Istanbul features the latest performance technology to help ensure Europe's top can perform at their best during the Champions League final.
The 2019-20 Champions League final will be played in Istanbul on May 30. (ANI)