Bangladesh defeat Scotland by seven wickets in U19 World Cup 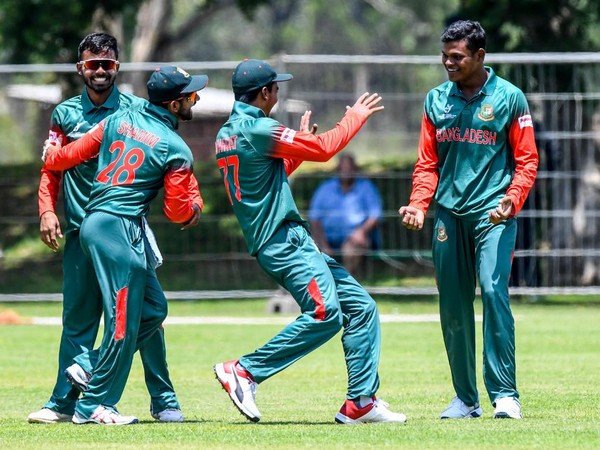 Chasing 90, Bangladesh suffered an early blow as Tanzid Hasan (0) got out in the first over of the innings.
Shamim Hossain then joined Parvez Hossain Emon at the crease but his stay was brief as he was dismissed by Sean Fischer Keogh in the third over. Hossain scored tens runs in 9 balls, reducing the team to 18-2.
Parvez Emon who looked settled was dismissed by Keogh in the fifth over. Emon knocked 25 runs in 15 balls.
Towhid Hridoy and Mahmudul Hasan Joy chased off the remaining runs securing a seven wickets victory over Scotland. Hridoy remained not out on 17 while Hasan Joy played an unbeaten knock of 35 runs.
Earlier, after opting to bat first Scotland had a bad start as they lost Ben Davidson, Tomas Mackintosh, and Angus Guy early in the innings. Davidson, Mackintosh, and Guy scored 2, 2, and 11 runs respectively.
The misery continued for Scotland as they were bundled out on 89 runs in just 30.3 over. Uzzair Shah's knock of 28 runs was the highest score from the side. (ANI)