Batting is my happy place: Mooney after match-winning knock against India 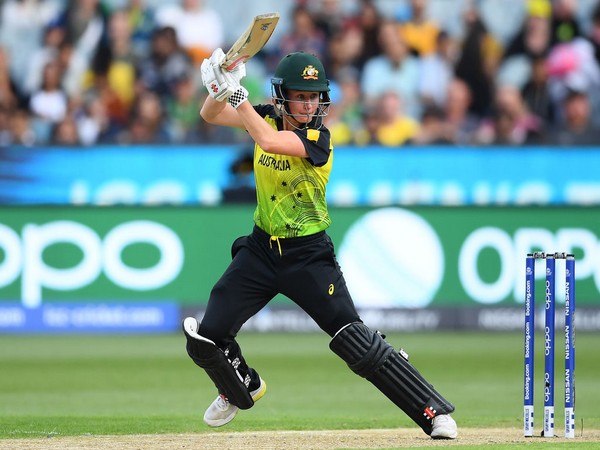 Melbourne [Australia], Mar 9 (ANI): After playing a match-winning knock against India in the final of the Women's T20 World Cup, Australia opener Beth Mooney said that she is in her comfort zone when she is batting.

"Batting is my happy place and to be able to see some evidence to suggest that I am doing something right is great. I feel grateful to be given the opportunity to perform on the big stage," International Cricket Council (ICC) quoted Mooney as saying.
Mooney has been Australia's in-form batter over the summer and capped it off in perfect fashion by finishing her last knock unbeaten on 78 - the highest score in an ICC Women's T20 World Cup final - to steer the hosts to their fifth title, a first on home soil.
Before this edition, Australia had won the tournament in 2010, 2012, 2014 and 2018.
"I was hanging by a thread in the last T20 World Cup and I still think I'm just this average cricketer who gets a little bit lucky," she said.
Mooney scored 259 at the top of the order for the home side, averaged 64 from her six innings with three half-centuries but admitted it hasn't been an easy ride to the top.
"One of the things that I pride myself on is trying to be better every day whether it's as an athlete, a cricketer or as a human being," the left-handed batter said.
Mooney and Healy stitched together a partnership of 115 runs, with Healy (75) scoring the fastest fifty in the history of ICC event finals.
The duo guided Australia to register the highest total in the final of the T20 World Cup history, including the men's event.
Australia set a target of 185 runs for India in the final. (ANI)