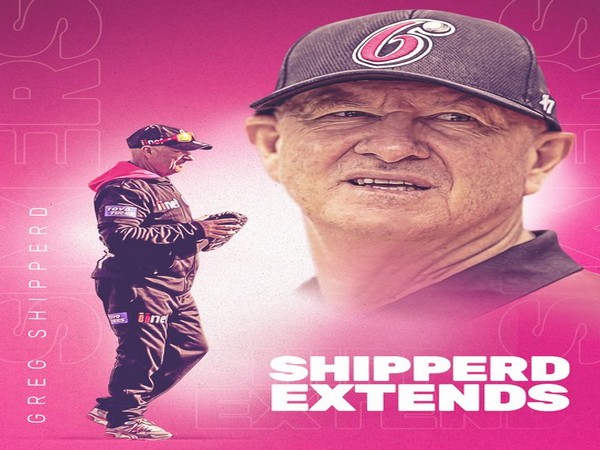 Considered by many to be the best coach in Australian cricket, Shipperd joined the Sixers in 2015 prior to BBL's fifth edition, and he has led the men in magenta to two titles and four finals in six years.
He had already committed to lead the reigning champions in BBL|11 but will now remain in the Harbour City for at least another three seasons, a signing NSW Head of Male Cricket Michael Klinger has described as a huge feather in the cap of the Sixers.
"Cricket NSW and the Sixers are extremely excited to announce the extension of Greg Shipperd's contract. Greg has coached the Sixers to back-to-back BBL titles and thoroughly deserves his extension," Klinger said in an official release issued by Sydney Sixers.
Shipperd will not only continue guiding the Sixers on the field but will continue to tutor the club's assistant coaches alongside other Cricket NSW staff.
"Greg has committed to continuing the development of the Sixers' coaches around him, as well as other Cricket NSW coaching staff," Klinger said.
"This is a fantastic coup for Cricket NSW to have one of the best and most successful coaches in Australia to pass on his experiences and knowledge to further develop our other coaches in the system," he added.
Shipperd said the tumultuous COVID-effected BBL|10 had helped strengthen his commitment to the club.
"I am thrilled to be able to continue the journey with the Sydney Sixers. This is a franchise with a very proud history and I'm delighted that CNSW have given me this wonderful opportunity to work with such a special group of players and support staff," said Shipperd.
"Our back-to-back win in BBL|10, through the trials of COVID, cemented many relationships and I'm delighted our group and Cricket NSW have embraced the narrative and atmosphere we have developed. The grand final crowd at the SCG, with their support and reaction during and after the contest, confirmed with me that this is where I should continue to coach," he added. (ANI)