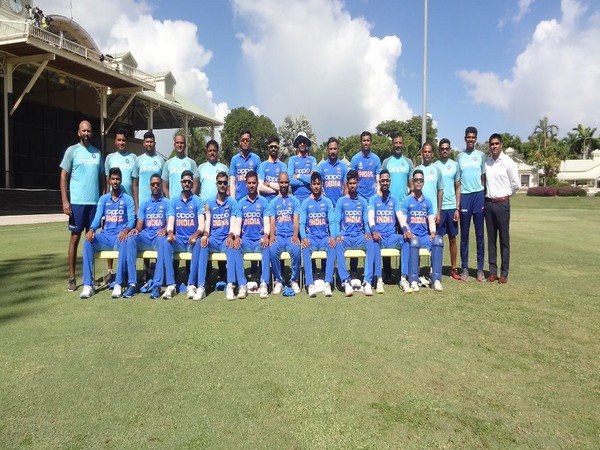 New Delhi [India], July 22 (ANI): The Board of Control for Cricket in India (BCCI) on Monday congratulated India A team for clinching the unofficial five-match One-Day series against West Indies A with a margin of 4-1.
BCCI in a tweet shared the results of all five matches together, saying, "Congratulations to India A for clinching the 5-match one-day series against West Indies A 4-1." 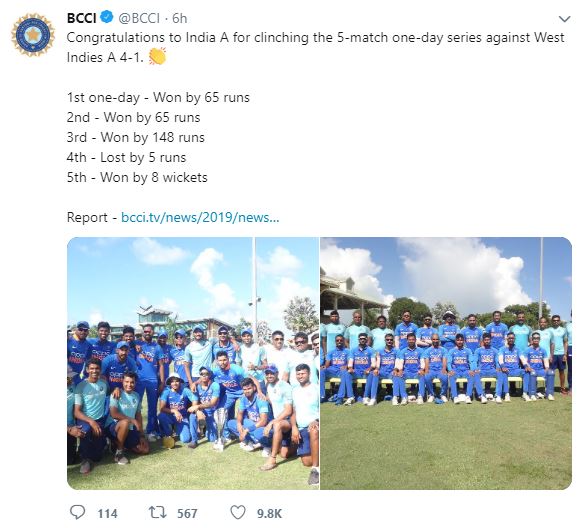 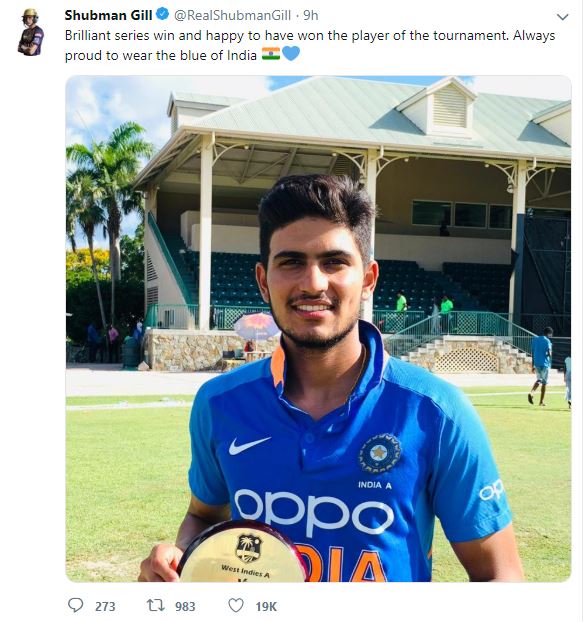 India A left-arm spinner Krunal Pandya, who took a five-wicket haul in the third match, shared the picture of himself with the trophy and teammates, saying, "What a series win! What a team." 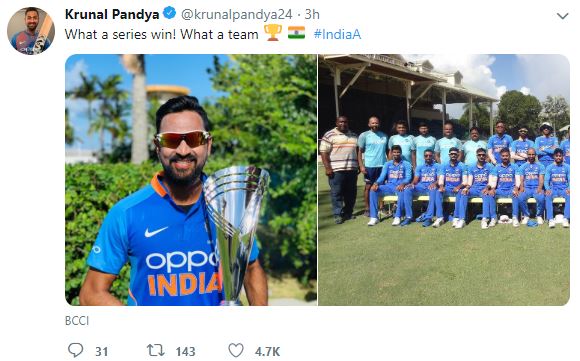 India A defeated West Indies A by eight wickets in the fifth and final 50-over match on Sunday at the Coolidge Cricket Ground to win the unofficial ODI series 4-1. (ANI)