Ben Stokes will go down as one of the all-time greats, says Michael Vaughan 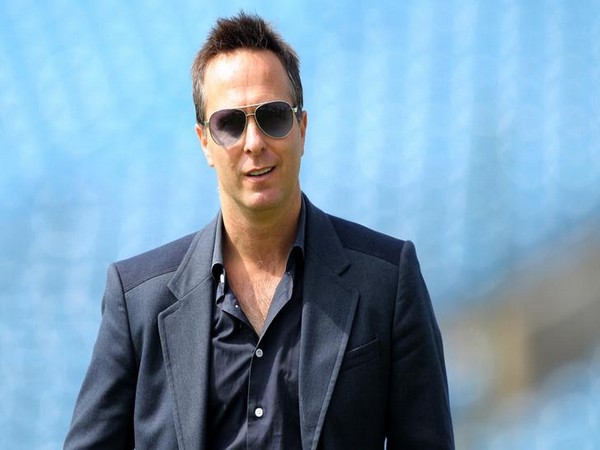 New Delhi [India], Jan 18 (ANI): Former England skipper Michael Vaughan on Saturday said that all-rounder Ben Stokes is going through the best phase of his career and will definitely go down as one of the all-time great all-rounders.

Stokes had registered a century on day two of the ongoing third Test against South Africa. The batsman went on to score 120 runs in the first innings, enabling England to post a total of 499/9.
"Sometimes we take for granted sports people we are watching in our own era .. but it's safe to say @benstokes38 is at the height of his power and will go down as one of the all-time greats .. Many more years of him to go as well. Let's enjoy it," Vaughan tweeted. 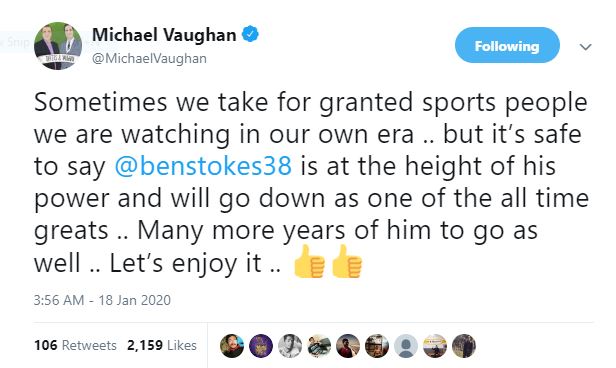 Earlier this week, Stokes was named as ICC's cricketer of the year and he went on to take the Sir Garfield Sobers Trophy.
Reflecting on the award, Stokes said: "It is quite flattering to win the Sir Garfield Sobers Trophy for the ICC Men's Cricketer of the Year. The past 12 months have been incredible for England cricket and to lift the ICC Men's Cricket World Cup for the first time was our greatest achievement."
"This award is testament to my teammates and the support staff that have been there every step of the way. Fundamentally, without the support of these individuals, we would have never achieved our objective of lifting a major trophy," he added.
Stokes had played a match-winning knock of 135 runs in the third Test to guide England to a one-wicket win over Australia in the third Test at Headingley in 2019.
After the conclusion of Ashes, he was also awarded England's Man of the Series award.
The all-rounder also had a successful World Cup campaign as he scored 84 runs in the final against New Zealand to help his side lift its maiden 50-over World Cup.
The 50-over and super over action had ended in a tie, but England was adjudged as the winner as they had scored more boundaries in the match.
Recently, in the second Test against South Africa in the ongoing four-match series, he became the first English fielder to take five catches in a single inning of a Test. (ANI)