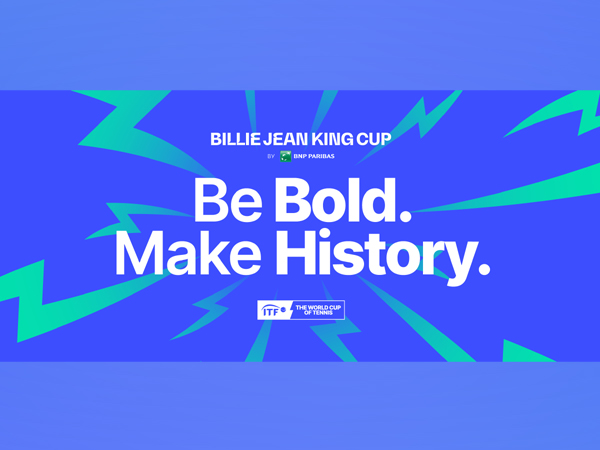 London [UK], September 15 (ANI): The International Tennis Federation (ITF) on Wednesday announced the schedule for the Billie Jean King Cup by BNP Paribas Finals 2021 at the O2 Arena in Prague from November 1 to 6.

Defending champions France will open up Centre Court action against Canada at 10:30 CET on Monday, November 1, with 2001 winners Belgium taking on 2017 runners-up Belarus on Court 1. Hosts and 11-time champions Czech Republic are in action on Monday and Thursday evenings. Two courts will be used on Monday and Tuesday, while all remaining ties will be played on Centre Court, as per billiejeankingcup.com.
The 12 competing nations will each play two group-stage ties to determine the winners of the four three-team groups, who will then progress to the semi-finals. Each tie will consist of two singles matches (best-of-three tiebreak sets) and a doubles match (two tiebreak sets with no-ad scoring and the third set played as a match tiebreak to 10 points).
The final of the Billie Jean King Cup will take place on November 6 at 16:00 CET. In the final, the doubles match will be played to the best of three tiebreak sets with no-ad scoring.
This is the fifth time that the O2 Arena has hosted the final stage of the competition, with Czech Republic victorious at home in 2012, 2014, 2015 and 2018.
Team nominations for all 12 nations will be announced on October 4. Nations can nominate up to five players with three nominations able to be changed up until the start of the Finals. (ANI)