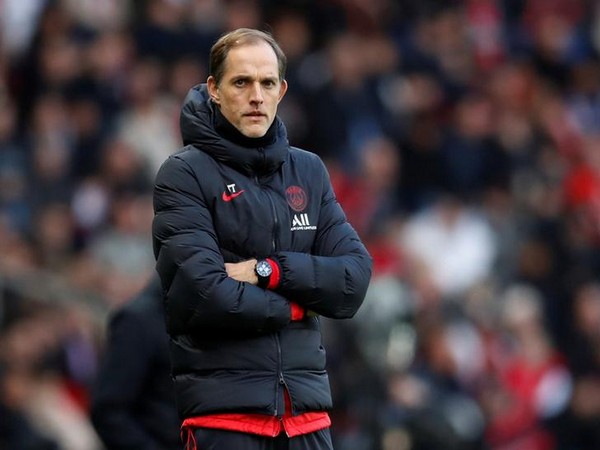 Paris [France], Mar 11 (ANI): Ahead of the Champions League clash against Borussia Dortmund, Paris Saint-Germain (PSG) manager Thomas Tuchel said faced with "very dangerous" opponents his side will have to play "very intelligently".

"They have played their most recent matches with more or less the same starting XI, the same formation, the same structure and we have analysed them well. I think we're in better form now than we were then," the club's official website quoted Tuchel as saying.
"We have more players in form, even if we didn't play against Strasbourg. It's a shame but we made up for it by training hard, maximum intensity. Borussia Dortmund are a very dangerous side with a lot of speed on the counterattack and in transition. We need to play very intelligently," he added.
PSG are trailing 2-1 from the first leg of their tie against Borussia Dortmund and will have to be at their best to advance into the quarter-finals of the Champions League.
Kylian Mbappe is sick as the France international player has a sore throat, the manager revealed.
Also, PSG on March 9 announced that their Champions League tie against Borussia Dortmund will be played behind closed doors due to coronavirus outbreak.
Reflecting on the same, Tuchel said: "In a match of this importance, they (spectators) are very important to create a special atmosphere, tension, pressure on our opponent. With what's happening between coronavirus and Kylian Mbappe's illness, we have to adapt and think. At the same time, it's a football match and we're capable of adapting, I'm confident."
PSG will take on Borussia Dortmund on March 12. (ANI)