Boucher does not want aggression to be taken out of cricket 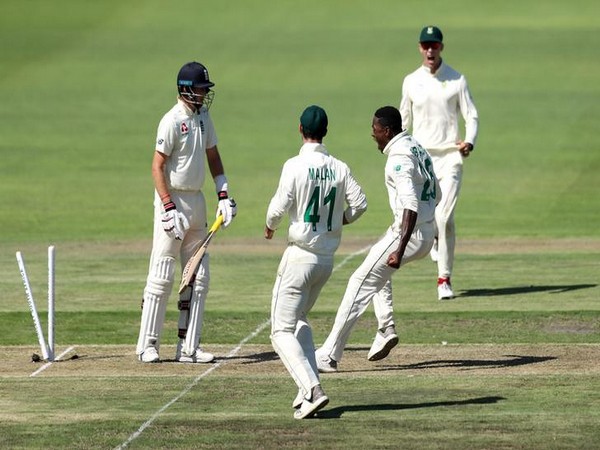 London [UK], Jan 18 (ANI): After Kagiso Rabada was banned by the International Cricket Council (ICC) from the next test against England, South Africa coach Mark Boucher said that aggression should not be taken out of the game despite agreeing that the bowler had pushed his wicket-taking celebration a little too far.

"You don't want to take all the aggression out of the game of cricket. You've got two countries playing hard cricket against each other. In a heated situation, guys are trying really hard and sometimes the emotions overflow," ESPN Cricinfo quoted Rabada as saying.
"From that side, maybe I am a little bit disappointed in the rules and regulations but if you know the rules and regulations, you have got to stick to them. KG knows what he can and cannot do and he may be just pushed a little it too far," he added.
Rabada on Friday was reprimanded by the ICC and as a result, he would be missing the upcoming fourth Test match against England.
He was also fined 15 per cent of his match fee and received one demerit point after being found guilty of a Level 1 breach of the ICC Code of Conduct for Players and Player Support Personnel during the first day of the third Test against England in Port Elizabeth on Thursday.
During the first day of the match, Rabada dismissed Joe Root, and he celebrated in a very vocal manner. He was also seen getting too close to the batsman.
Rabada violated Article 2.5 of the ICC's code, which relates to "using language, actions or gestures which disparage or which could provoke an aggressive reaction from a batter upon his or her dismissal during an international match".
"KG is a team man as well so he will feel very disappointed. It's something that we have to address and get a good balance. In our days, we didn't have to deal with this stuff because we could say pretty much we wanted and get away with it," Boucher said.
"It is a bit of a learning curve for me with all these new rules and regulations that have come in, to try and get the best out of him with his aggression but also try and monitor him in the discipline side," he added.
England declared their first innings at 499/9. South Africa will resume their first innings from 60/2 on day three on Saturday. (ANI)