Bruno Fernandes has shown qualities of a leader, says Solskjaer 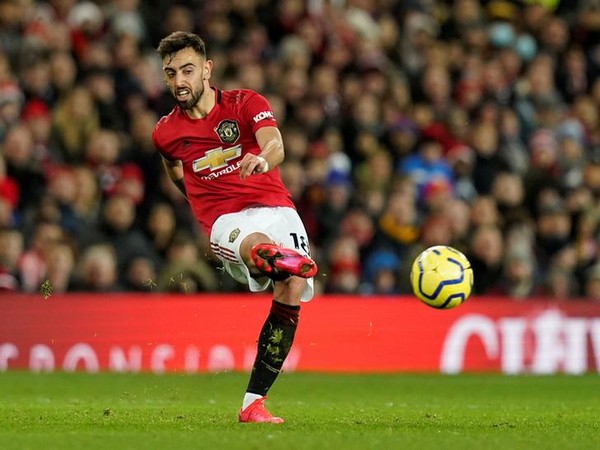 Leeds [UK], Mar 6 (ANI): Manchester United's manager Ole Gunnar Solskjaer on Friday said that Bruno Fernandes has shown qualities of a leader and he is a winner for the side.

"He's come in as a leader and he's shown he's a leader. He's a winner. He doesn't take 99 per cent as good enough," goal.com quoted Solskjaer as saying.
Solskjaer praised Fernandes and said that he is in good form and full of confidence.
"That's a boy with confidence, with quality, good form and that's his personality. Everyone should be themselves," he said.
Solskjaer said that Fernandes is playing in the same way as he was playing for the Sporting CP.
"I like to see that in a player, he doesn't change coming into a new team. He's the same as he was at Sporting," he added.
Earlier today, Manchester United defeated Derby County 3-0 to progress ahead in the tournament.
For United, Luke Shaw, and Odion Ighalo registered goals. Shaw registered a brace to further strengthen United's position in the match.
Manchester United will now take on Manchester City in the Premier League on March 8. (ANI)