Bruno Fernandes is a real big plus for Manchester United: Anthony Martial 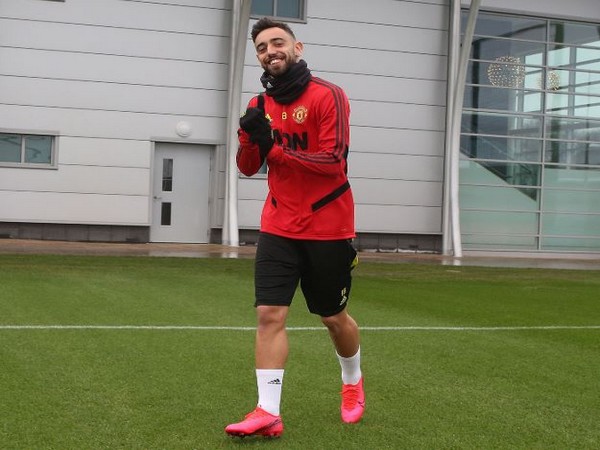 Manchester [UK], Feb 1 (ANI): Manchester United's Anthony Martial praised the club's new signee Bruno Fernandes saying that the latter is a 'big plus' for them.

"He is a very, very good player. He had a great season last season and he's started this season just the same and has been playing very well," the club's official website quoted Martial as saying.
"I think it is a real big plus for the club and I think he is someone who's going to help us attain our objectives this season," he added.
Fernandes joined Manchester United on Thursday from Sporting CP. Bruno signed a five-and-a-half-year contract, with an option to extend for a further year.
Martial said his new teammate is integrating really well with the team.
"I have had a couple of little chats with him out on the training pitch and during training and I think he'll settle into really easily. He's spent some time initially with the Portuguese and Spanish speakers and he's already integrated really well," he said.
Manchester United currently holds the fifth spot on the Premier League table and will face Wolves today. (ANI)