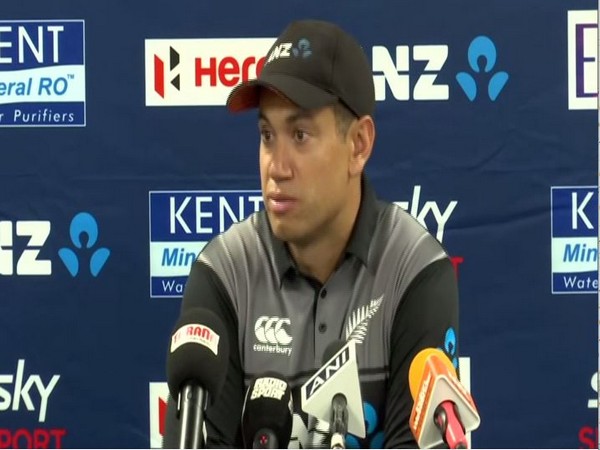 Auckland: After coming up short in the first T20I against India, New Zealand batsman Ross Taylor heaped praise on Jasprit Bumrah and went on to label him as the best death bowler going around in the game.

New Zealand was going all guns blazing in their innings and the side looked set to reach a total of 220, but Bumrah did not let the Kiwis get away in the final overs, and the side was reduced to just 203.

"He has been a class bowler for a long time, he is the best death bowler going around. He has got that extra pace and then he can bowl a good slower ball. We need to learn quickly," Taylor told reporters after the conclusion of the first T20I.

India chased down the total with ease with one over to spare. KL Rahul and Shreyas Iyer both struck fifties to take the team over the line.

Taylor said it is tough to say whether the Kiwis fell short while batting as the nature of the Eden Park Stadium is tough to judge.

"It's hard to tell at Eden Park. Our last three overs, I think India bowled really well. It is hard to say, I am sure it will come to our thinking for the next game on Sunday," Taylor said.

"It was a good wicket, a lot of times when you play at Eden Park, there is wind. But today, it was pretty still. It's hard to know what a good total, and probably we were 10-15 short. Eden Park is not an easy ground to the field because of the low lights," he added.

Taylor, who played a knock of 54 runs in the first T20I, said that the side kept on losing wickets at regular intervals. He also credited the Indian lineup for chasing down the total in a clinical manner.

"We lost a couple of wickets at crucial stages, we bowled to our plans. But sometimes you need to give credit to the opponent. They have a class lineup, how we attack them in the next game will be crucial," Taylor said.
India and New Zealand will take on each other in the second T20I on January 26.