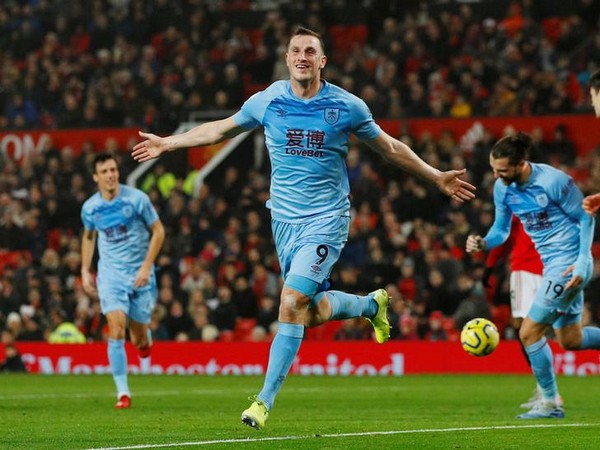 London [UK], Jan 23 (ANI): Burnley stunned Manchester United 2-0 in the Premier League match at Old Trafford here on Thursday.
Goals from Chris Wood and Jay Hernandez secured a historic win for the side as Burnley's previous win away from home against United came on September 21, 1962, almost 58 years ago.

This was Red Devils' second consecutive defeat with an identical margin. On Sunday, United faced a 2-0 defeat at the hands of table-toppers Liverpool at Anfield.
The hosts dominated the possession but failed to score goals. Wood opened the scoring for Burnley just before half time, hitting past David de Gea.
United's woes were compounded by Rodriguez, who hammered home a fine effort 56 minutes in to double the advantage for Sean Dyche's men and effectively kill off the game.
The Red Devils are placed at the fourth spot with 34 points while Burnley are at 13th spot with 30 points in the Premier League.
United will next face Wolves on February 1 while Burnley will play against Arsenal on February 2. (ANI)