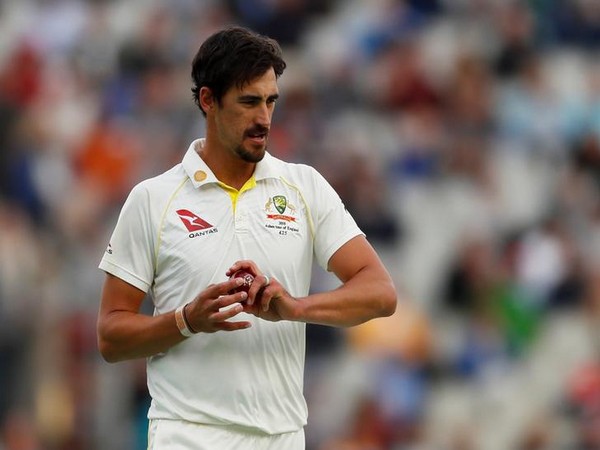 London [UK], May 20 (ANI): As the International Cricket Council (ICC) recommended prohibition of saliva to shine the ball, Cricket Australia's head of science and medicine Alex Kountouris said disinfecting the ball during a match is into consideration.

"Disinfecting the ball is a consideration. [We] don't know the impact on the ball as we haven't tested it yet," ESPN Cricinfo quoted Kountouris as saying.
"The ball being leather it's harder to disinfect because it's got little nooks and crevices so we don't know how effective it's going to be, we don't know how infected the ball is going to get and we don't know if it's going to be allowed. It is an absolute consideration. Everything is on the table and everything is being considered," he added.
ICC on Monday recommended changes to ICC regulations including prohibiting the use of saliva to shine the ball to mitigate the risks posed by the coronavirus and protect players and match officials. The recommendations of the Cricket Committee will now be presented to the ICC Chief Executives' Committee in early June for approval.
Kountouris further stated that they will also see what other countries come up with.
"From an Australian cricket perspective, probably other countries are going to play before us so we've got a chance to work with the ICC and the other countries to see what they come up with and take whatever steps we need to for making sure there's a lower risk," Kountouris said.
Kountouris said sweat, saliva and the ball are only one risk factor among the 'whole bunch of other stuff' and they will consider all those factors and work with the cricket governing body.
"The sweat, saliva and the ball itself is only one risk factor. There's a whole bunch of other stuff: hygiene, sanitising, physical distancing, not sharing equipment are going to be part of the overall risk. So we're going to take our time and consider all those factors then work with the ICC to try to come up with whatever the final outcome is for elite cricket and community cricket," he said. (ANI)