Can't believe I have a hat-trick in IPL: Rohit Sharma 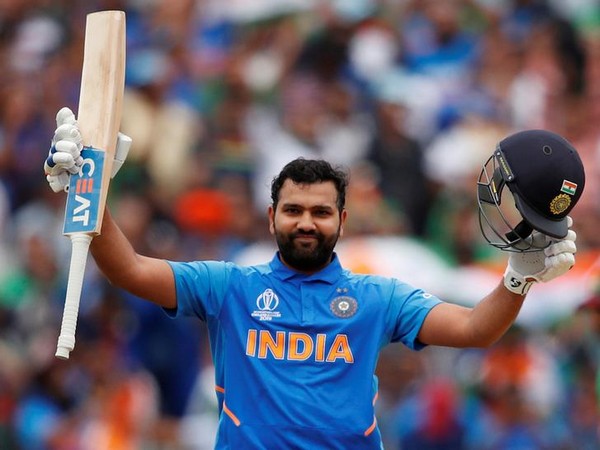 New Delhi [India], May 9 (ANI): Recalling his hat-trick in the 2009 edition of the Indian Premier League (IPL), opening batsman Rohit Sharma has said that he cannot believe that he managed to achieve the feat in his career.

Rohit Sharma was doing an Instagram Live session with Australian opening batsman David Warner on Friday, where he was asked about his hat-trick.
"I cannot believe that. I seriously cannot believe that I took a hat-trick against Mumbai Indians while I was playing for Deccan Chargers. I do not even remember how I used to bowl then. I got a finger injury and after that, I could not grip the ball properly and now I think that these days it is better to stay away from bowling," Rohit told Warner during the session.
During 2009, Rohit Sharma represented Deccan Chargers and he ended up taking a hat-trick against Mumbai Indians at Centurion.
Deccan Chargers had opted to bat first in the match and the side registered a total of 145/6 in the allotted twenty overs. Rohit also played a knock of 38 runs with the bat.
Defending the total, Deccan Chargers was in a difficult position with Mumbai at 103/4 in the 16th over. However, Rohit changed the complexion of the game as he went on to dismiss Abhishek Nayar (1) and Harbhajan Singh (0) on the final two balls of the 16th over.
Then beginning the 18th over of the innings, Rohit went on to dismiss JP Duminy (52) to claim a hat-trick and ensure Deccan Chargers' win in the match.
Deccan Chargers ended up winning the match by 19 runs after restricting Mumbai to 126/8. Rohit finished the match with the figures of 4-6 in his two overs.
The now Indian opening batsman Rohit has won the IPL maximum number of times. He has won the tournament five times (once with Deccan Chargers in 2009 and four times with Mumbai Indians).
Mumbai Indians had won the IPL in 2019 as well under the leadership of Rohit Sharma. (ANI)