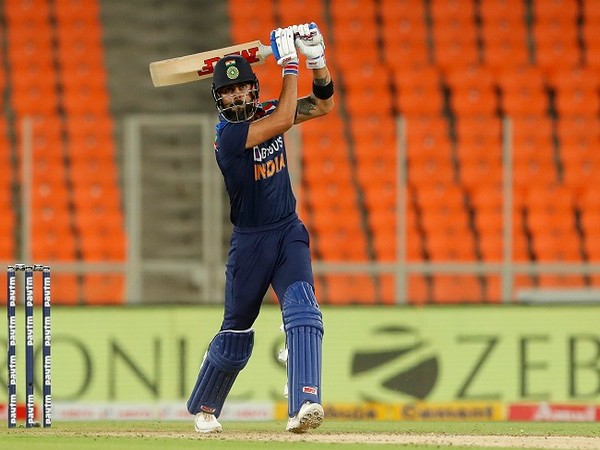 Ayaz Memon said Kohli could have "easily" taken out the time before making the call but he has taken a stand and this thing is "admirable".
"Virat Kohli announcing that he is going to step down as the T20I captaincy after the T20 World Cup in the UAE was a surprise yet it wasn't. Stories were swirling around the BCCI looking for somebody else to take over from Virat, particularly Rohit Sharma who has had experience in white-ball cricket. Virat has an exceptional record in bilateral T20 cricket also, in fact, it is a little better than MS Dhoni," Ayaz Memon told ANI.
"Fewer number of matches but he has been very successful except in ICC trophies, that has not happened with Virat. His own batting form would have been weighing on his mind so he has decided that he is not going to be the T20 captain team that is what is announced.
"He has announced that he would not captain the T20 team in future irrespective of whether India wins the World Cup or not, I think it is admirable because he could have easily taken out the time and say let me see if I win and then I will continue, but he has taken a position. But having said that, it does not mean he is the captain for the other formats because that is up to the selectors," he added.
Kohli will continue to lead India in Test and ODIs. Further speaking about long-form captaincy, Ayaz Memon said, "Whether they want to retain him as ODI and Test captain and that is where the dispute is coming in. Having said that, I think, all things considered, it is a good decision and it means that he knows that needs to focus on his batting and there is less pressure on him and therefore enables him to bat better. It also brings a fresh mind to leadership in T20Is."
"Logically, it should be Rohit Sharma and then we will have to wait and see how the situation unravels from there. First, it seemed to be a surprise but then BCCI put out a statement so clearly where they mentioned the roadmap which almost tells you that there have parleys between Virat and the BCCI and the selectors.
"It could have been open-ended, like after T20 World Cup but it's admirable that they had a discussion with each other. So he has taken a call, win or lose I'm not going to captain and I'll be there as a player which I feel actually quite a brave call.
"Captaincy means a lot in Indian cricket so therefore it is not easy to relinquish it. It takes a lot of self-persuasion. It's a right decision, Virat is a batsman is more important," Ayaz Memon concluded.
Kohli will continue to be available for selection for the T20 format post the upcoming ICC event in 2021, which is hosted by the BCCI in UAE and Oman.
Kohli has captained India in 45 T20Is with the side winning 27 out of those. India only lost 14 T20Is under Kohli captaincy while two games were tied and two matches had no results. (ANI)