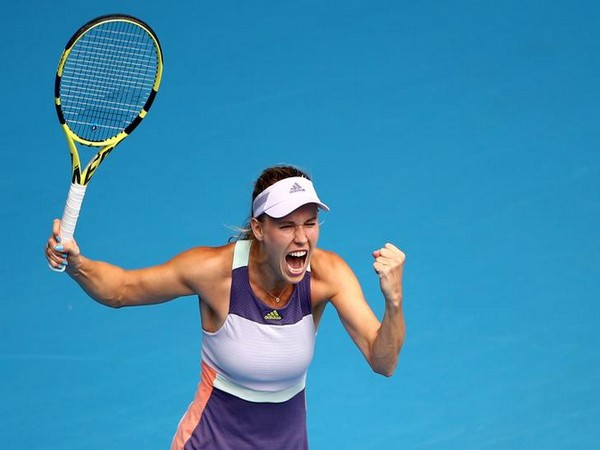 Melbourne [Australia], Jan 22 (ANI): Denmark's Caroline Wozniacki on Wednesday accused her opponent, Dayana Yastremska of faking an injury during their second-round match in the Australian Open.

The former world number one Wozniacki was leading 7-5, 5-4 in the second round, and it was then that Ukraine's Yastremska called for a medical timeout, CNN reported.
"Obviously, she tried to break my rhythm. At 5-4 I don't think there was anything wrong, she was running just fine. That's a trick that she's done before and I knew it was coming," CNN quoted Wozniacki as saying.
Wozniacki eventually went on to win the match, but this act of Yastremska has sent social media into a tizzy with many criticising the Ukranian for her lack of sportsmanship.
During the final of last year's Thailand Open, Yastremska had also called for a medical timeout while trailing 5-2 in the third set against Australian Ajla Tomljanovic.
Australian tennis star Nick Kyrgios had tweeted about the incident to say "that medical was trash".
According to Women Tennis Associations (WTA) rules, players can call for treatment on the court at a change of ends if they are suffering from a non-acute medical condition.
However, a code violation for unsportsmanlike conduct can be given to the player if the gamesmanship gets disrupted. (ANI)