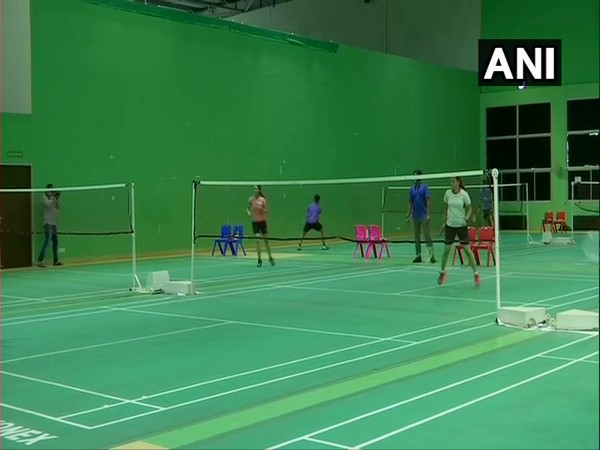 Chandigarh [India], May 23 (ANI): Sports complexes and stadia opened in Chandigarh on Saturday after the Sports Authority of India (SAI) issued an SOP (Standard Operating Procedure) for the guidelines for the start of training at SAI centres across India.

Surinder Mahajan, Secretary of Chandigarh Badminton Association said all the precautions and guidelines were followed in the centre including the use of Aarogya Setu app.
"They were made to sit at a distance from each other. Their Aarogya Setu app was checked at the gate. They were allowed to enter only if it is green. We are following the guidelines and taking all precautions," Mahajan told ANI.
"Hall and all washrooms were sanitised yesterday. Marks and cones for social distancing are placed. Only two children will practice on one court, we would not entertain more than 40 children for now. They have been told to wear a mask and carry their own sanitiser and water bottles," he added. 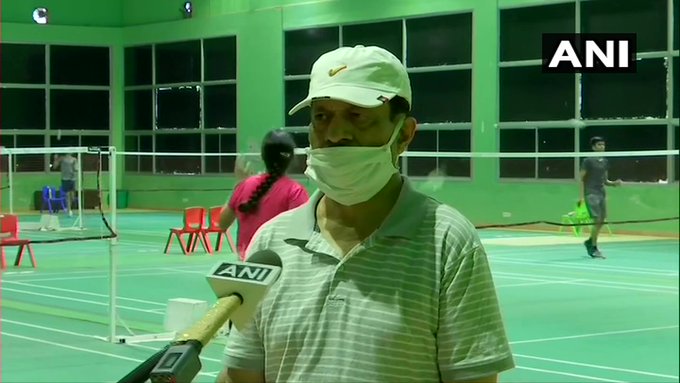 The SOP was announced during a webinar hosted by the SAI. The SOP also includes assigning a COVID-Task Force at each SAI venue to monitor and give assistance to all trainees and athletes.
Before the resumption of training, the SAI Centres need to have COVID-Task Force, Hygiene Office in place. All centres have also been asked to disinfect their premises.
As per the SOP, all athletes, coaches and other staff have been asked to download the 'Aarogya Setu app' which has been launched by the Government of India to track the COVID-19 cases.
The SAI has divided sports into four categories -- non-contact, medium contact, full contact, and water sports.
As per the SOP, contact training would not be allowed for the athletes. It has also been made clear that the gymnasium is to be opened only if allowed under the government guidelines.
During training, all the athletes have been asked to maintain at least two metres' distance from each other and they have also been asked to wear masks at all times except during sports activities.
However, during the webinar, it was made clear that this SOP shall serve only as a reference document for the centres striving to ensure the safest possible environment. It has also been made clear that this SOP cannot be used as a substitute for the guidelines issued by the government.
All the training activities at SAI Centres have been stopped since March 17 and the nationwide lockdown was announced on March 24 as a precautionary measure against the coronavirus.
On Sunday, the Union Ministry of Home Affairs (MHA) had laid out new guidelines allowing sports complexes and stadiums to reopen but it was said that spectators will not be permitted during the lockdown period, which has been extended till May 31.
"Sports complexes and stadia will be permitted to open. However, spectators will not be allowed," the MHA said in a release. (ANI)