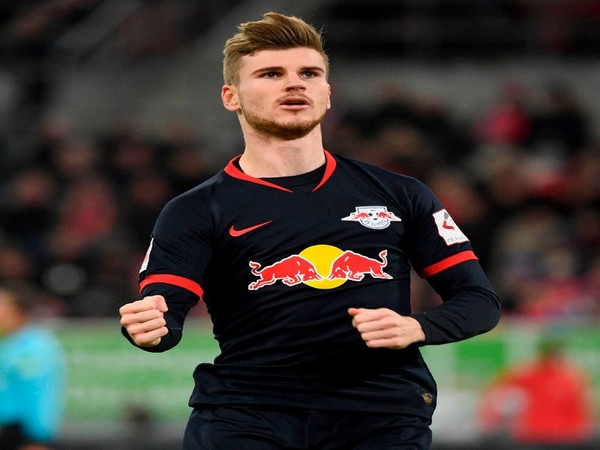 One of the most feared young strikers in Europe, Werner is renowned for his pace, movement, link-up play and finishing ability. At Leipzig, he has most often been deployed in a front two, but he can also play out wide in a front three or as the central striker.
"The 24-year-old has agreed personal terms with the Blues and will remain at the German club for the rest of the Bundesliga season. He will link up with his new team-mates in July, subject to passing a medical examination," Chelsea said in a statement.
He is currently having the most profitable season of his career yet as he already scored 32 goals and registered 13 assists in 43 appearances in all competitions.
After finding the net again against Fortuna Dusseldorf on Wednesday, he has two games remaining this season to improve on those numbers.
Werner expressed his elation after joining the Premier League club and will look forward to joining the new teammates.
"I am delighted to be signing for Chelsea, it is a very proud moment for me to be joining this great club. I, of course, want to thank RB Leipzig, the club and the fans, for four fantastic years. You will forever be in my heart. I look forward to next season with my new team-mates, my new manager and of course the Chelsea fans. Together we have a very successful future ahead of us," Werner said.
Werner established himself in 2017 when he scored three goals and two assists earned him the Golden Boot at that year's Confederations Cup.
He has been a regular feature in Bundesliga for almost seven years now, and in November became the youngest man to play 200 times in the competition, having broken similar records for 50, 100 and 150 appearances.
"We are very excited that Timo Werner has chosen to join Chelsea. He is a player who was coveted all over Europe and it is no surprise, he has that rare mix of being young and exciting and yet established and proven. We can't wait to have Timo on board, but until then we wish him and RB Leipzig all the best for the rest of this season," the Blues Director Marina Granovskaia said. (ANI)