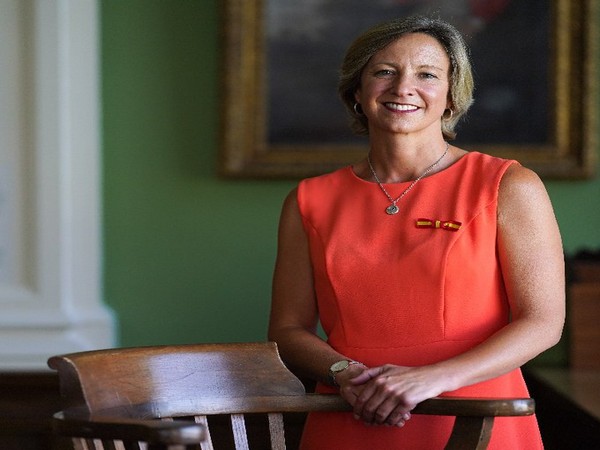 This decision was announced by the club following its Annual General Meeting (AGM) and as a result, Connor will be taking charge from October 1, 2021, and she will replace Kumar Sangakkara as the MCC president.
MCC's AGM was the first in the club's history to be held online, as Lord's Cricket Ground remains closed to members and the public due to the coronavirus pandemic.
Connor will be the first woman to hold the position of MCC president in the 233-year-long history of the club.
The move is pending approval by the club's members, as Sangakkara has been invited to remain in the role for a second twelve-month tenure due to the impact of Covid-19 on the sport.
"I am deeply honoured to be named the next president of MCC. Cricket has enriched my life so deeply already, and now it hands me this wonderful privilege. We often need to look back to see how far we've come. I made my first visit to Lord's as a starry-eyed, cricket-obsessed nine-year-old girl at a time when women were not welcome in the Long Room," Connor said in an official statement.
"Times have changed. Now I find myself entrusted with this remarkable opportunity, the opportunity to play a part in helping MCC, cricket's most influential club, to thrive and grow in an even more modern and inclusive future," she added.
Connor had made her debut in 1995 at the age of 19, and she went on to lead England in 2000. She had managed to lead England women to their first Ashes triumph in 42 years, a 1-0 series win in 2005.
After retiring from the game, she was appointed as the ECB's Head of Women's Cricket in 2007. She has also been Chair of the ICC Women's Cricket Committee since 2011, served as a director on the board of Sussex Cricket and Sport England, and was made an Honorary Life Member of MCC in 2009.
Connor's tenure as MCC president is set to end on September 30, 2022. (ANI)