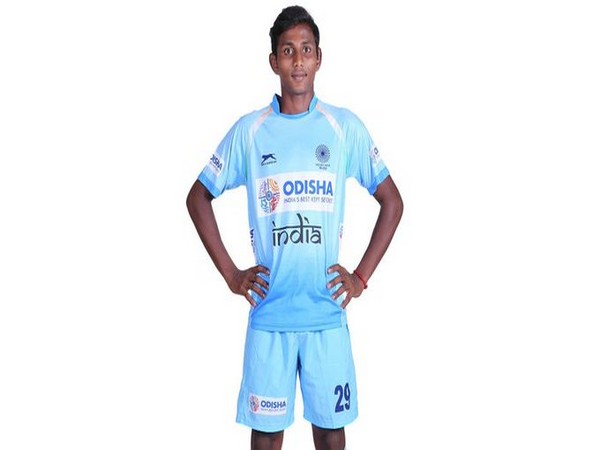 Bengaluru (Karnataka) [India], January 9 (ANI): India colts striker S Karthi, who has had financial difficulties growing up, believes that a successful career in hockey will surely uplift his economic condition and he would be able to give a better life to his family.

Currently part of the on-going national coaching camp for junior men, the young forward who hails from a small town named Ariyalur, about 350 km from Chennai, made a career choice of playing hockey. Starting off young, Karthi's progress was swift. A series of strong performances for the Hockey Unit of Tamil Nadu in the Hockey India Junior National Championships saw him receive a call-up for India colts camp in 2018.
"My father works as a watchman at a government college for a salary of Rs 5,000 a month. I have an elder sister who is married and a younger brother who has completed his 12th standard. I am aware that there have been many players in the Indian team who have come from a very difficult financial background and I am no different but hockey has helped them come up in life. They have a good job and recognition because of hockey. My goal too like every other player is to play for India and I am working hard to earn a place in the junior India team," the 19-year-old striker said in a Hockey India statement.
While the pandemic has disrupted many livelihoods, Karthi too had found himself at the crossroads when he had to work part-time in a bakery as his father's salary was cut further following a nationwide lockdown last year.
"I had just returned home from national camp in March last year when the nationwide lockdown was announced. With no colleges functional, my father's salary was reduced to half leaving the family in dire need of money to make ends meet. I chose to work in a nearby bakery from 10 am to 3 pm to help my family meet the expenses," recalled Karthi of the hardships faced last year.
Hockey India in August 2020 had provided financial aid of Rs 10,000 to 61 core probable athletes not holding employment. The objective of this initiative was to provide financial relief for athletes, to be able to assist them to resume sporting activities.
"This came as an immense support to me during those days. But most importantly it also made me realise that because I am a hockey player currently in the junior core group, I was provided the financial aid. If I had not pursued hockey, I perhaps would have been doing odd jobs to earn a living. It has made me more determined to do well and earn a place in the junior India team and go on to a successful international career," stated Karthi. (ANI)