Confident of coming back with trophy: Deepti Sharma's brother 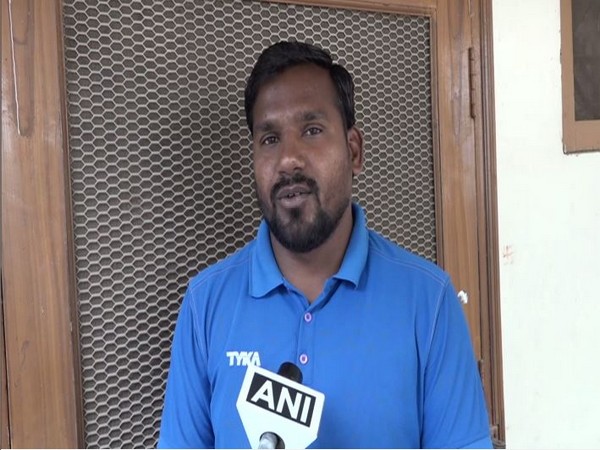 Agra (Uttar Pradesh) [India], Mar 8 (ANI): Ahead of the Women's T20 World Cup finals between India and Australia, Deepti Sharma's brother Sumit on Sunday said that everyone in the family is confident that India will come back with the trophy.

Sumit, who also helped Deepti in coaching initially also revealed that Deepti had class XIIth exams this year, but she had to let it go because of the Women's T20 World Cup.
"India has reached the finals, we are confident that we will come back with the trophy and it will be a gift on the occasion of International Women's Day. Deepti had her 12th class exams this year, because of the World Cup she had to leave her exams, but the tournament is the priority this year," Deepti's brother Sumit told ANI.
So far in the tournament, Deepti has shown a good all-round performance as she has managed to score 83 runs. With the ball in hand, the 22-year-old has taken two wickets.
The finals between India and Australia will be played later today at the Melbourne Cricket Ground (MCG) in front of more than 80,000 people. What makes it all the more special, is that it would be played on the occasion of International Women's Day.
In the ongoing tournament, India goes into the finals being the only undefeated side. The side triumphed in all their group-stage matches and progressed to the summit clash as their semi-final against England got abandoned due to rain.
It is the first time, that India has managed to reach the finals of the tournament, and the side would be playing in front of more than 80,000 people at the Melbourne Cricket Ground.
However, easing past Australia in the finals won't be an easy prospect as the hosts are the four-time champions of the Women's T20 World Cup. Australia is the only team in the history of the tournament to make the knock-out stages.
India and Australia will take on each other in the finals later today at the MCG. The first ball of the match will be bowled at 12:30 PM IST. (ANI)