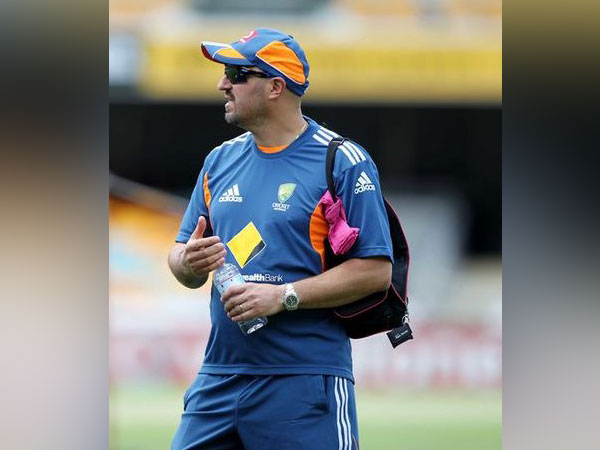 Melbourne [Australia], May 20 (ANI): Cricket Australia's Sports Science and Sports Medicine Manager Alex Kountouris has said that it would be a steep learning curve for the players and his immediate task is to educate them on the new training guidelines.

His remark came as players all over the world get ready to adapt themselves to certain changes when the cricketing action resumes.
"It's going to be a tough habit to break. Some people are used to licking their fingers before they grab the ball, they're used to shining the ball. It's going to be a steep learning curve and hopefully, we've got some time to practice that sort of stuff," cricket.com.au quoted Kountouris as saying.
"Yep, there's going to be mistakes at some point and we haven't worked out how we're going to deal with those mistakes and what the outcome will be. But I imagine we're going to take a common-sense approach and understand that people make mistakes and they're not going to be perfect," he added.
The International Cricket Council's (ICC) Cricket Committee on Monday had recommended changes to ICC regulations including prohibiting the use of saliva to shine the ball to mitigate the risks posed by the coronavirus and protect players and match officials.
The recommendations of the Cricket Committee will now be presented to the ICC Chief Executives' Committee in early June for approval.
The Committee, chaired by Anil Kumble, concluded a conference call convened to specifically address the issues related to COVID-19 including maintaining the condition of the match ball and the appointment of non-neutral umpires and referees to international cricket.
"The ICC Cricket Committee heard from the Chair of the ICC Medical Advisory Committee Dr. Peter Harcourt regarding the elevated risk of the transmission of the virus through saliva, and unanimously agreed to recommend that the use of saliva to polish the ball be prohibited," reads an ICC release.
"The Committee also noted the medical advice that it is highly unlikely that the virus can be transmitted through sweat and saw no need to prohibit the use of sweat to polish the ball whilst recommending that enhanced hygiene measures are implemented on and around the playing field," added the release.
Shining the ball is a major thing for bowlers in trying to extract some swing from the match. As the game starts swaying in favour of batsmen by each passing day, bowlers have to try everything they can to trouble the batsmen.
Currently, all cricketing action across the world has come to a halt due to the coronavirus pandemic. (ANI)