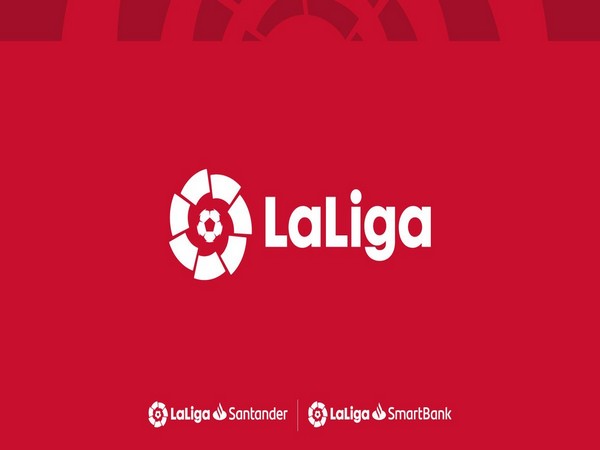 Madrid [Spain], Mar 12 (ANI): La Liga on Thursday suspended all matches for the next two weeks after Real Madrid's team was quarantined.
"In accordance with measures established in the Royal Decree 664/1997 of May 12, it has been agreed that the competition will be suspended for the next two Matchdays," La Liga said in a statement.

"La Liga has decided given the circumstances that have come to light this morning, such as the quarantine put in place at Real Madrid and possible positive cases at other clubs, to continue with the next phase of the protocol of action against COVID-19," it added.
LaLiga has communicated the decision to the Royal Spanish Football Federation, the National Sports Council (CSD) and the clubs.
Earlier, Real Madrid's basketball and football teams were quarantined after a member of their basketball first team tested positive for coronavirus.
Along with this decision, the club also informed that the side's training ground has also been closed and a recommendation has been made that all Real Madrid's staff should be put under quarantine.
"The recommendation of remaining in quarantine has been followed with immediate effect, with this measure applied to both the basketball and football first teams, given that the two squads share the facilities at Real Madrid City," Real Madrid FC said in an official statement. (ANI)