Coronavirus seems like the only topic of conversation these days: Dale Steyn 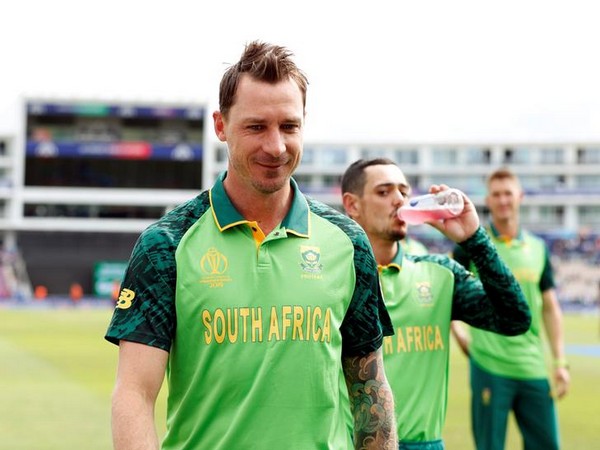 London [UK], Mar 19 (ANI): Talking about the break in cricketing activities due to the COVID-19 pandemic, South Africa pacer Dale Steyn said that the disease seems to be to the only topic of conversation these days.

"I don't know how to describe it. Doesn't matter where you go, everyone is talking about it - whether it is on an airplane or you are just popping into a grocery store. It just seems like it is the only topic of conversation," ESPN Cricinfo quoted Steyn as saying.
"Yeah, it's so strange. Normally if I am on holiday I'll be planning a fishing trip or a surfing trip. At the moment I am just chilling at home," he added.
Steyn was last seen in action in the Pakistan Super League where he took two wickets in two matches.
When asked whether he has enough hand sanitizers, he replied: "We just decided that stockpiling is definitely not the way to go. It is not fair on everybody who needs that stuff. I went to the grocery store the other day and everyone had bought all the toilet paper. We have what we need, and when that runs out, that runs out, and we need to go and get some more".
"We didn't feel it was necessary to go and absolutely just, like, zombie our lives up. There's other people that live on a day-to-day basis. They are not going to get all of that stuff, so we thought it was best not to do that".
Steyn also had a message for the fans, "Stay healthy, wash your hands, look after yourself, don't be greedy. Right now they are saying old people are really struggling, so if in a position to help, rather help them than help yourself. Pretty simple, really."
Due to the COVID-19 outbreak, the ODI series between India-South Africa and Australia-New Zealand have been postponed.
The start of the Indian Premier League (IPL) has also been postponed until April 15.
Cricket South Africa has suspended all forms of cricket for 60 days while Cricket Australia has advised all its employees to work from home. (ANI)