Coronavirus: UCL match between Barcelona, Napoli to be played behind closed doors 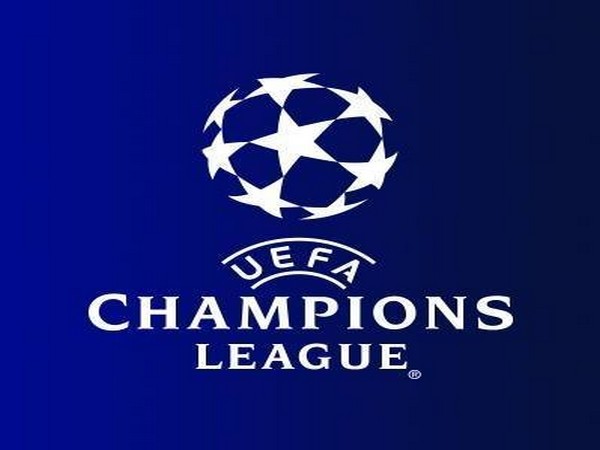 New Delhi [India], Mar 10 (ANI): The Champions League round-of-16 fixture between Barcelona and Napoli will be played behind closed doors due to coronavirus scare, the organisers confirmed on Tuesday.

The match was slated to be played on March 18 at the Camp Nou Stadium in Spain.
"The Champions League match scheduled for Wednesday, March 18, between FC Barcelona and Napoli, will be played at Camp Nou behind closed doors," FC Barcelona tweeted. 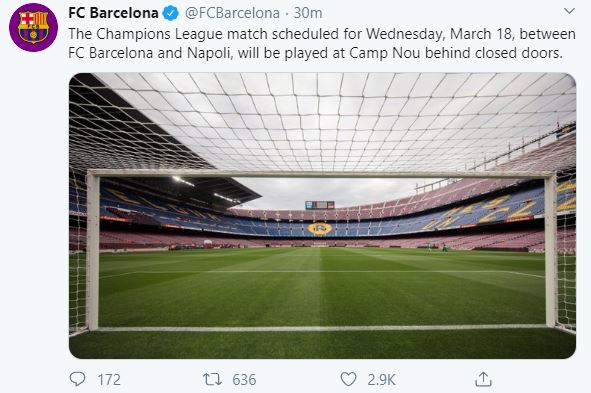 The first leg of Barcelona and Napoli's round-of-16 match ended as a 1-1 draw, and both sides have everything to play for in the second leg fixture.
As of now, Spain has 1,024 cases of coronavirus and the country has reported 28 deaths, as per South China Morning Post.
Earlier in the day, Italy's Prime Minister Giuseppe Conte announced the suspension of football league Serie A and all sporting tournaments for an indefinite time due to coronavirus outbreak.
The Italian government has put a lockdown on all sporting events in the country with a ban on large public gatherings.
"There is no more time, the numbers tell us there is a significant increase in the contagion, in intensive care and the deaths. Our habits have to change, we must sacrifice something for the good of all of Italy. This is why we will adopt even more stringent measures. I will sign the new decree, which can be summed up with the phrase 'I am staying at home'," Goal.com had quoted Conte as saying.
"There are no more red zones, there is just an Italy that is protected. We must avoid travel unless for proven work reasons, health reasons or other necessities. We ban large public gatherings. We also have more stringent measures in mind for sporting events. Serie A and all sporting tournaments, in general, are suspended. All the fans must accept that," he added.
The latest figures reveal that 463 people have died from coronavirus from a total of 9,172 infections in Italy.
Football has been affected considerably due to the deadly virus and has forced many European ties to be played behind closed doors this week. (ANI)