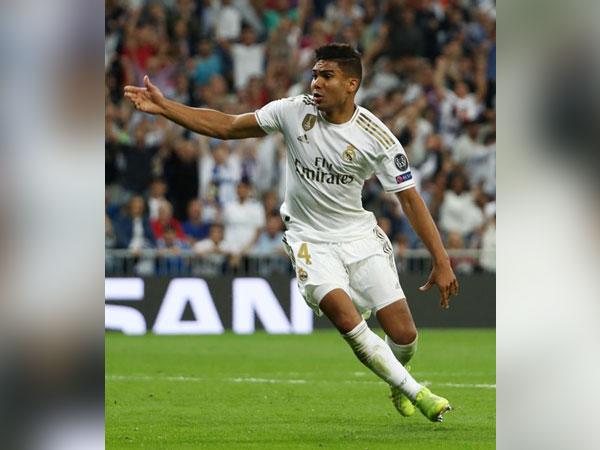 Madrid [Spain], May 17 (ANI): Real Madrid midfielder Casemiro has lent his support to La Liga for restarting its suspended season and added that the return of football is important in Spain.

La Liga has been suspended since March due to the coronavirus pandemic and the competition is now looking to resume its suspended season on June 12.
"It's a really significant step, not just for football but for society too, to show people that it is possible. It's not just about playing football, it's about people being out of their houses," the official website of Real Madrid quoted Casemiro as saying.
"I think that if we comply with the measures that we have to follow, we too are going to be able to do it," he added.
La Liga clubs have already started their training in order to prepare for the league's resumption.
"The work at home was important and we did the things that the club and the coaching staff passed on to us. The guys are working well and it shows now that we're back that players have worked at home," Casemiro said.
On Saturday, Bundesliga became the first major football league to resume its suspended season.
The matches were played behind closed doors and there were many significant changes to see for the viewers watching on television.
There were no customary handshakes before the start of the match as both teams came out to the playing field from different sides of the ground.
To maintain the social distancing norms, substitutes were sitting at 1.5m distance from each other with their masks on.
During the goal celebration, players did not come close to each other and they obeyed Germany government's order of following physical distancing. (ANI)