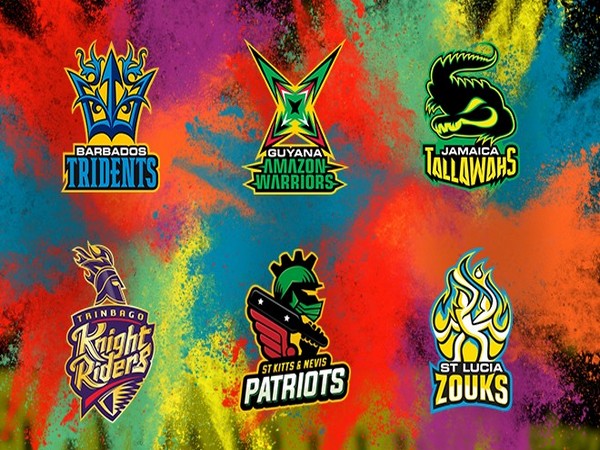 Port of Spain [Trinidad and Tobago], Aug 7 (ANI): Ahead of the start of the Caribbean Premier League (CPL) 2020, the teams on Friday confirmed the squads for the tournament with all players and coaching staff now in Trinidad and Tobago.

"The whole CPL cohort will be in strict quarantine for the first 14 days they are in the country. There were three players and one coach who have not been able to travel as a result of the stringent protocols to ensure the safety of the CPL cohort and the population of Trinidad and Tobago," CPL said in a statement.
Every person was tested 72 hours before they travelled in order to ensure that all members of the party were travelling virus free.
One player tested positive for COVID-19 and he had been training with two others so all three were withdrawn. One coach tested positive before he departed so he was not able to travel.
"These withdrawals are a sign of the testing protocols that CPL put in place working as they should, and while it is disappointing for the players and coaches involved it is vital that CPL does nothing to compromise the safety of all those involved in the tournament and the public of Trinidad," Michael Hall, CPL Tournament Operations Director, said.
"There have been other changes to the squads and support staff as a result of other logistical challenges to the difficulty of travelling at the current time," he added.
The final squads are as follows:
Jamaica Tallawahs: Andre Russell, Sandeep Lamichhane, Carlos Brathwaite, Rovman Powell, Mujeeb Ur Rahman, Glenn Phillips, Chadwick Walton, Oshane Thomas, Asif Ali, Fidel Edwards, Preston McSween, Jermaine Blackwood, Nicholas Kirton, Ramaal Lewis, Nkrumah Bonnar, Veerasammy Permaul, Ryan Persaud.
St Lucia Zouks: Roston Chase, Mohammad Nabi, Daren Sammy, Najibullah Zadran, Andre Fletcher, Kesrick Williams, Scott Kuggeleijn, Chemar Holder, Obed McCoy, Rahkeem Cornwall, Mark Deyal, Zahir Khan, Kimani Melius, Leniko Boucher, Kavem Hodge, Javelle Glen, Saad Bin Zafar.

Guyana Amazon Warriors: Imran Tahir, Nicholas Pooran, Brandon King, Ross Taylor, Shimron Hetmyer, Chris Green, Keemo Paul, Sherfane Rutherford, Romario Shepherd, Naveen-ul-Haq, Chandrapul Hemraj, Kevin Sinclair, Ashmeade Nedd, Odean Smith, Anthony Bramble, Jasdeeo Singh, Kissoondath Magram.
The CPL is all set to become the first major cricket league to start amid the coronavirus pandemic from August 18 while the final of the tournament will be played on September 10.
The whole tournament will be played in Trinidad and Tobago across two stadiums and behind closed doors.
The tournament will take place in a bio-secure environment with a series of stringent protocols in place to protect those involved in the tournament and the wider population from the spread of the COVID-19 virus.
The first match will see last year's runners-up, the Guyana Amazon Warriors, taking on the Trinbago Knight Riders on August 18. (ANI)