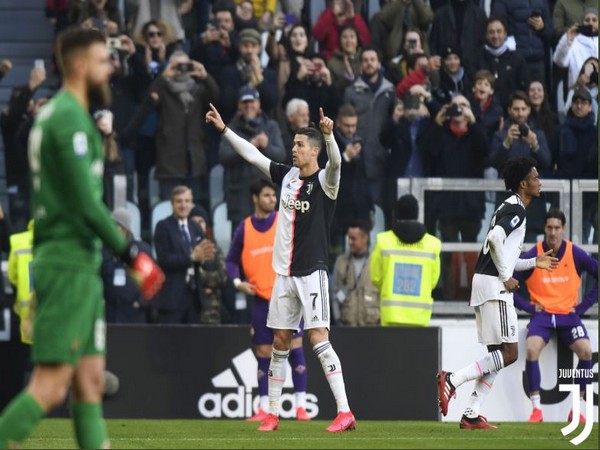 Turin [Italy], Feb 2 (ANI): Juventus' Cristiano Ronaldo on Sunday scored twice to power his club to a 3-0 win over Fiorentina in Serie A.

Ronaldo scored both the goals through a penalty in the 40th and 80th minute of the match. Matthijs de Ligt then netted a goal in the 90+1st minute.
Fiorentina utterly failed to score even a single goal as they faced a humiliating 3-0 defeat in the match.
It was Ronaldo's ninth straight game in Serie A where he has scored a goal. The Portuguese international also brought up his half-century of goals for Juventus.
"Cristiano Ronaldo keeps going... scoring in his ninth straight Serie A game to bring up his half-century for Juventus," UEFA Champions League tweeted.
Juventus hold the top spot on Serie A table with 54 points followed by Lazio. The club will now take on Verona on February 9. (ANI)