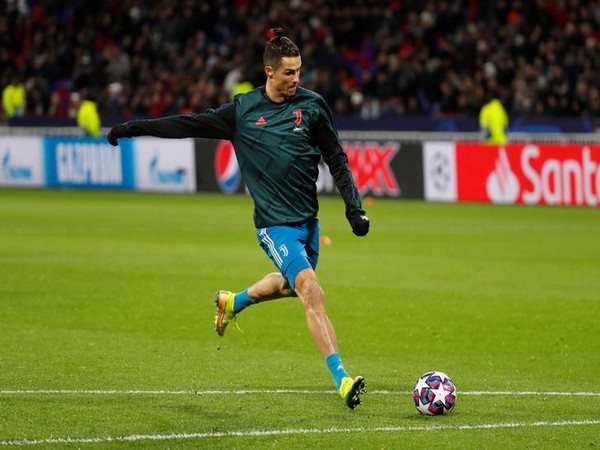 Leeds [UK], May 18 (ANI): Juventus star Cristiano Ronaldo is set to return to training on Tuesday after completing his two-week quarantine period.

After spending almost two months in his homeland Madeira, Ronaldo returned to Italy on May 5 and was obliged to spend 14 days in quarantine, Goal.com reported.
As the 14-day period is set to complete on Monday, the 35-year-old will join his teammates who have already returned to training.
The club on May 5 announced that some of the players have started training on an individual basis.
"After a day of tests and exams carried out yesterday at J Medical, some of the Juventus players started training at the Continassa Juventus Training Center, where they officially began their recovery to regain competitive form," the club had said in a statement.
Italy's Prime Minister Giuseppe Conte has given Serie A clubs permission to start team training from Monday. The announcement was made by Conte during a press conference and this comes as a big boost for the restart plans of Italy's football competition.
However, the Prime Minister made it clear that the league could only start if safety guarantees are met.
Also, Serie A clubs have selected June 13 as the date for restarting the suspended season. (ANI)