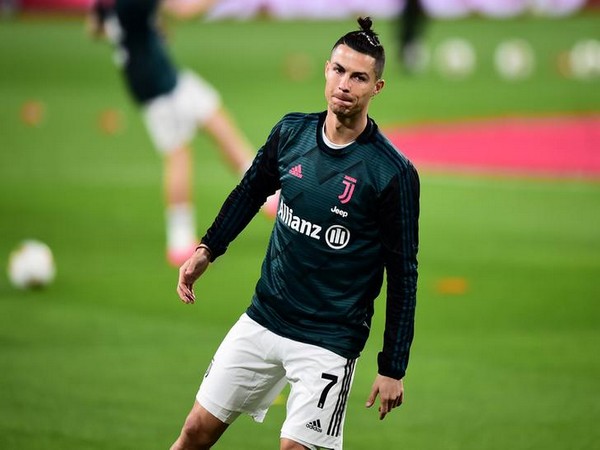 Leeds [UK], May 16 (ANI): Portugal midfielder Bernardo Silva feels it is star player Cristiano Ronaldo's mentality that makes him great and pushes him to lift more titles for his club and nation.

"I think what makes him so great is his mentality. He is 35 years old and it has been more than 15 years that he has played at the top level and he is not tired. He always wants more," Goal.com quoted Silva as saying.
"He wants to win more Champions Leagues, he wants to win more titles with Portugal, he wants to win more leagues, more individual trophies, he wants more goals," the Manchester City midfielder added.
The pair were part of their country's success at last summer's Nations League as Ronaldo added to his collection that includes five Ballon d'Or awards and five Champions League wins.
"I think what is annoying about him, in a way, is that in a training session, you play a game, and it is 1-1. The manager says whoever scores wins, and it is always him. It is not only in the games," Silva said.
Ronaldo has scored 25 goals in 32 games for Juventus this season.
"When a game is stuck and you don't know if you're going to win or not, you know that if you give him the ball, he is the guy who decides; something special might happen when he has the ball. Even in the training session, it is kind of annoying because it is always him that scores the most important goals! I think that is what makes him special, being there in the most important moments," he added.
Silva picked up a decent trophy haul himself last season, winning the Premier League, FA Cup, Carabao Cup and Community Shield before his success with Portugal. (ANI)