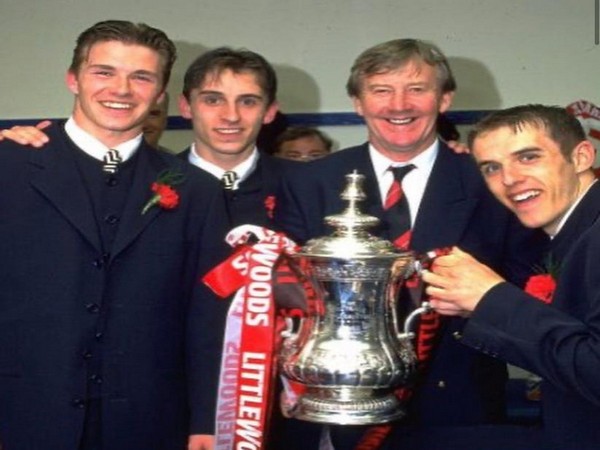 Beckham was playing under late Harrison when the club lifted the 1992 FA Youth Cup after defeating Crystal Palace.
The 45-year old took to Instagram and posted a picture with Harrison, reminiscing about the FA Youth Cup triumph.
"Eric Harrison was an incredible man that taught me and my team-mates to work hard and respect each other - on and off the pitch," Beckham captioned the picture.
"This is us 28 years ago, celebrating our win at Old Trafford in the FA Youth Cup final. Eric's family have been supporting the Alzheimer's Society that helps people suffering from dementia and their families. Head over to @AlzheimersSoc to find out more and see the amazing work they're doing," he added.
The former youth-team coach, Harrison, passed away in February 2019. (ANI)