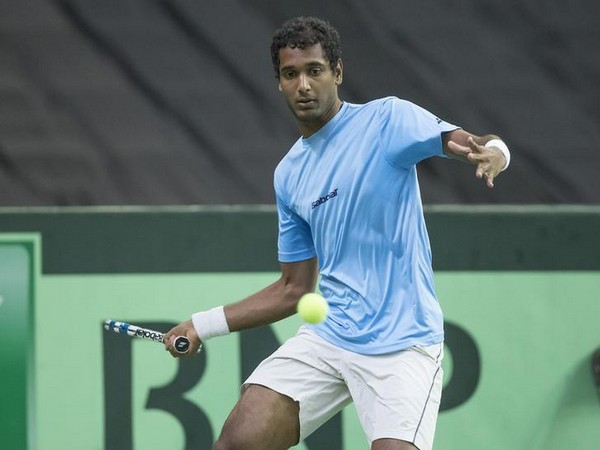 Zagreb [Croatia], Mar 7 (ANI): At the end of day one, hosts Croatia won both the singles rubbers against team India at the 2020 Davis Cup Qualifiers being played at Dom Sportova in Zagreb, Croatia from March 6-7.

India have an uphill task at their hands and have to win all the three remaining rubbers in their bid to earn one of the 12 elusive spots on offer, this weekend, for the Davis Cup finals in November later this year.
Ramkumar Ramanathan, 25-year-old, faced world number 37 Marin Cilia in the second rubber to make it all-square in the tie after compatriot Prajnesh Gunneswaran went down to Boma Gojo in a three-setter.
Chennai born Ramanathan had played Cilia once at Pune in 2018 where he suffered a loss 3-6, 4-6 at the hands of former US Open champion.

Playing in India colours, however, brought out an inspired performance from Ramanathan as he stretched Cilia to tie-breaks in both the sets before going down 6-7, 6-7.
With a noisy crowd right behind the Croak, Ramanathan played his heart out and displayed a great exhibition of classic serve and volley game.
Both the players held their serves throughout the match is a testimony of the quality tennis played by them.
Earlier in the day, Boma Gojo, stood tall in his third Davis Cup match in Croatian colours and got his maiden win for his country at the Davis Cup.
Gojo defeated India's Gunneswaran in the opening singles rubber in a come-from-behind win 3-6, 6-4, 6-2.
Gunneswaran started off well in the first set as he broke Gojo in the seventh and ninth games to grab the set 6-3. (ANI)