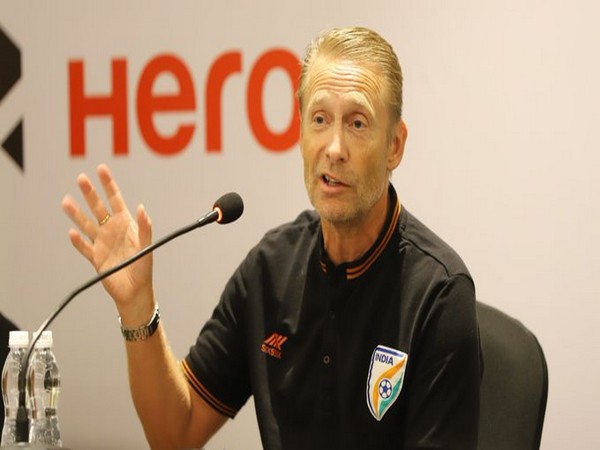 New Delhi [India], May 23 (ANI): India U-17 women's team coach Thomas Dennerby on Saturday said that the fitness levels within the team have increased and all the members are able to make decisions at a faster pace now.

Dennerby was doing a Facebook live chat on the official page of the Indian football team and it was then that the Indian coach was asked to talk about the developments in the side under his tenure.
"We have speeded up the game, fitness level has also increased. The decision making is much quicker now. That is the most important thing in football. Even if you are very quick but if you have so many touches, if you have problems in receiving the ball, you cannot speed up the game," Dennerby said during the interaction.
The U-17 Women's World Cup was slated to be played in India from November 2 this year, but it has been postponed due to the coronavirus pandemic.
It will be now be played from February 17- March 7, 2021, and Dennerby said that whenever he comes back to India, he would first test the fitness levels of the side.
"First thing we will do is to test the fitness level of players, this will help us to do a long term programme all the way down to when the World Cup starts, Dennerby said.
"Then, maybe after a week, we will see if we need to work on some technical part which we need to improve. I do not see any problem because there is time, we will do it," he added.
When Dennerby was asked as to why he chose to coach the Indian young side, he replied: "Since 2005, I have been working with senior teams. So I wanted to coach younger players and FIFA U-17 World Cup is a huge tournament".
Dennerby was in India only, but he left for Sweden last month as the training of players was stopped due to the coronavirus pandemic.
The Indian U-17 coach had earlier taken Sweden to a third-place finish in the 2011 FIFA Women's World Cup. (ANI)