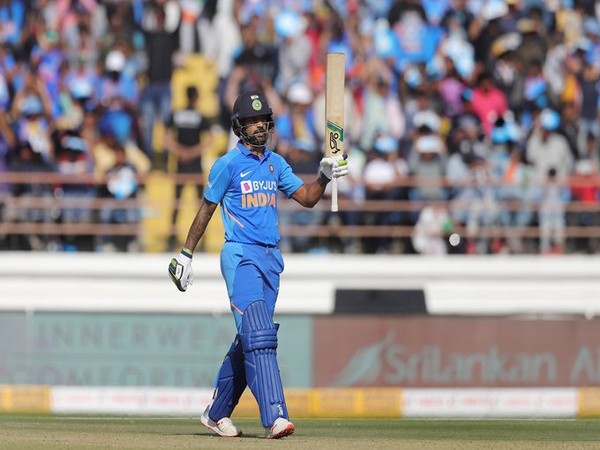 Rajkot: India opening batsman Shikhar Dhawan will not take the field against Australia in the second ODI at Saurashtra Cricket Association Stadium here on Friday.

Dhawan who played a knock of 96 runs off 90 balls got hit on the rib-cage on his right side while batting. Yuzvendra Chahal took the field for Dhawan as a substitute.

"Update: Shikhar Dhawan got hit on the rib-cage on his right side. He will not be taking the field today. Yuzvendra Chahal is in as his substitute. #TeamIndia #INDvAUS," BCCI tweeted.

India lost the toss and asked to bat first. The hosts posted a mammoth total of 340 for the loss of six wickets.

Openers Rohit Sharma and Dhawan provided the solid start as they stitched an 81-run opening stand. Sharma departed after scoring 42 runs. He was plumbed in front of the wickets by Adam Zampa.