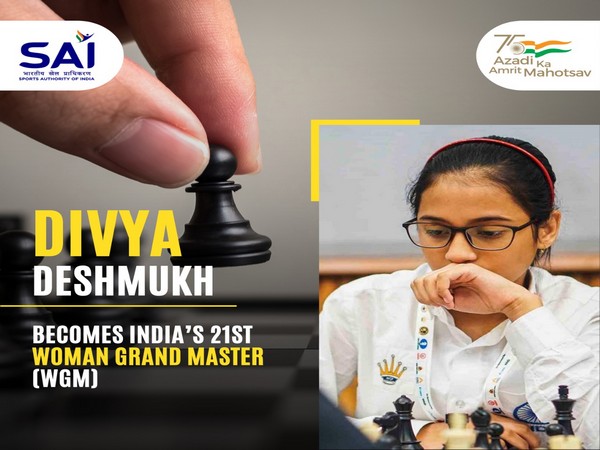 Deshmukh scored five points in the nine rounds and ended up with a performance rating of 2452 to secure her final WGM norm.
"@DivyaDeshmukh05, 15, becomes India's 21st Woman Grand Master (WGM) after achieving her 2nd IM (her final WGM norm) at First Saturday GM October 2021, Budapest. She scored 5/9 with 2452 rating to secure her final WGM norm. Many congratulations Divya," tweeted SAI Media.
The chess prodigy also took to her Twitter handle and said she missed playing the Over the Board (OTB) chess.
"Played OTB chess after almost 2 years yet didn't feel like anything changed at all. The intense atmosphere, the vibe, the anxiety during time crunches, the nervousness, the great games, and just about everything. Missed every bit of this and I'm so glad to be playing again," tweeted Deshmukh.
"Completed my 2nd IM norm and my last WGM norm. Hoping to play some more good chess in the upcoming tournaments," she said in another tweet. (ANI)